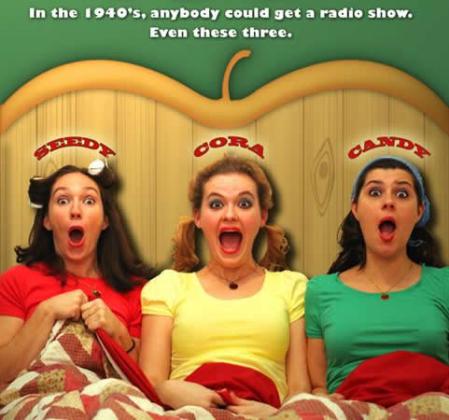 [TOP PICK] [$] three hilarious gals who won the 2008 ECNY Award for Best Musical Comedy Act, and are one of the most charming & entertaining groups in NYC—and now also one of the finest troupes LA, where they’ve lately been seeking well-deserved fame and fortune—performing their special magic tonight at the elegant Comix Comedy Club: The Apple Sisters (10:00 pm),

[TOP PICK] and two of the finest troupes in improv history, The Stepfathers and Death by Roo Roo, competing for audience laughs & votes at the raucous Cage Match (11:00 pm).

This entry was posted on Thursday, April 9th, 2009 at 3:44 am and is filed under Best New York Live Comedy Shows. You can follow any responses to this entry through the RSS 2.0 feed. You can leave a response, or trackback from your own site.