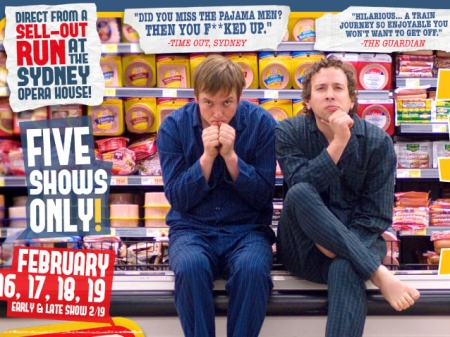 [TOP PICK] 8:00 pm ($10): Jordan Klepper and Laura Grey perform an acclaimed sketch show in which “they’re bringing their baggage to the stage and dumping it all on you in Baggage; and in the other half of this double-bill, very smart and somewhat nerdy comics Dan St. Germain (MTV; quick-witted rising star) and Jared Logan (Last Comic Standing, Comedy Central, co-host of Righteous Kill) doing a show about history’s most infamous rivalries in They Hated Each Other

11:30 pm ($5): Michael Short pulling off the enormously difficult feat of performing an improv show with multiple characters all by himself: Legion

[TOP PICK] Midnight ($5): “For the last 1,157 years, the NY Academy of Talent has been home to the hottest and freshest acting talent not accepted to an accredited university. This showcase is our students’ chance to show the world their process and their product (and their headshots!). Many casting agents, talent managers, artistic producers, and other important “industry people” have received postcards and voicemails informing them of the event. They are not required to RSVP. So come enjoy the proverbial fruits of our students’ six months of growth as they ripen and fall from our talent tree. Refreshments will not be served.” This delightful-sounding one-night-only event is hosted by Anthony King (brilliant Artistic Director of UCBT) and Jim Santangeli (Reuben Williams), and features such genuine rising stars as Mamrie Hart, Shannon Coffey, and Katie Schorr: NY Academy of Talent: Showcase For Industry (& Parents!)