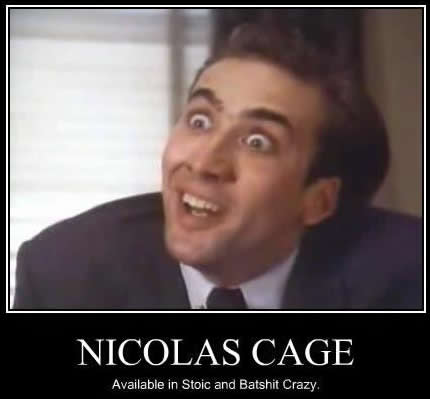 [TOP PICK] 8:00 pm ($5): “It is with deepest sorrow that I inform you of the loss of one of America’s greatest thespians, Nicolas Cage. From Con Air to Captain Corelli’s Mandolin, he has been in our hearts since he was Nikolas Kim Coppola. Even though his body is gone, his body of work will surely live on (primarily because he has 47 movies in post-production).” The comedy talents helping us to mourn include Hannibal Buress, Jon Friedman, Katie Schorr, Aaron Glaser, Eliot Glazer, Lee Rubenstein, and many more joining the wonderful sketch comic who’s making it all happen, the unsinkable Mamrie Hart, in Celebrity Funeral: Nicolas Cage

[TOP PICK] [$] 8:00 pm ($16.50 & 2-drink min.): A razor-sharp stand-up who’s brilliant, darkly funny, has memorable hair, and is a staff writer on Jimmy Fallon headlining for one night only at the Carolines Comedy Club: Morgan Murphy