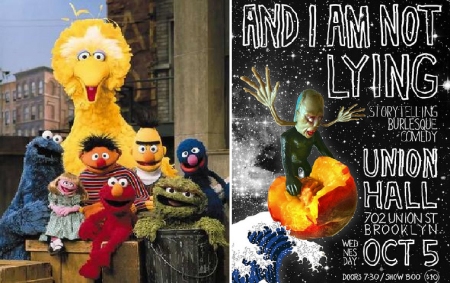 Joey Mazzarino, the head writer of Sesame Street, is among the guests of new UCB West show "Employee of the Month;" Cyndi Freeman mixes storytelling, burlesque, stand-up, and sword swallowing at "And I Am Not Lying"... 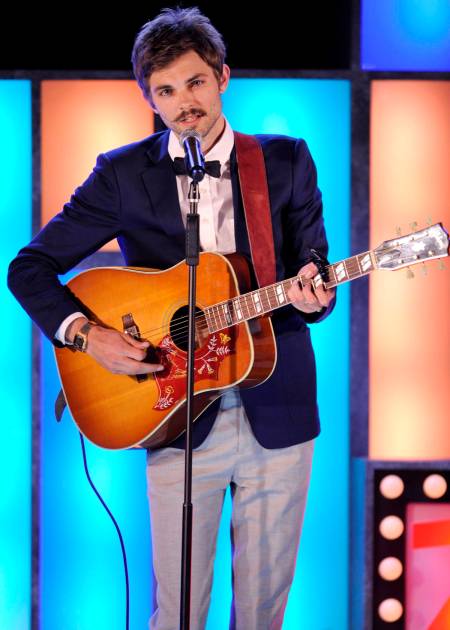 ...Nick Thune performs in LIC at The Creek's "Monsters"... 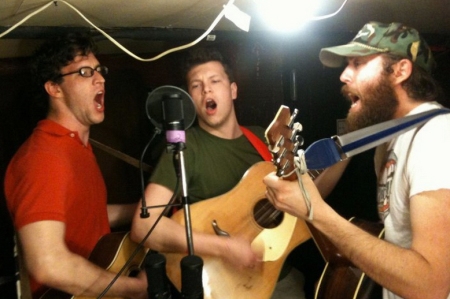 ...and The Cowmen sing in Brooklyn bowling alley The Gutter at "Get Loose"

[TOP PICK] 7:30 pm ($5): For this double-bill at UCB East, Neil Casey & Anthony Atamanuik, both genius members of Death by Roo Roo, perform the jaw-dropping feat of making up an entire feature film as The Two-Man Movie; and another genius improv troupe consisting of trio Gavin Speiller of Death By Roo Roo, Ben Rodgers of The Curfew, and Jonathan Gabrus of The Law Firm) performs as Outlook of the Poet

[$] 7:30 pm ($16.50, plus 2-drink min.) A stand-up who’s performed on Last Comic Standing, Comedy Central, MTV, and AMC headlining for one night only at the Carolines Comedy Club: Nick Cobb

[TOP PICK] 8:00 pm ($5): The debut at UCB West of this talk show about people with dream jobs and how they got them. Tonight’s guests are Rachel Dratch (cast member of Saturday Night Livefrom 1999 through 2006), Joey Mazzarino (head writer of Sesame Street), Murray (cast member ofSesame Street), and Tillie (Dog/Artist/Mother/Daughter) and her assistant F. Bowman Hastie; plus music from EOTM Band of the Month & Scott Adsit, an awards ceremony, and sheetcake—all hosted by Catie Lazarus: Employee of the Month

8:00 pm-12:30 am ($7 for the entire evening): Magnet house troupes The Kicks, The Imposters, Featherweight, Phooka, Brick, and Chet Watkins performing improv, followed by a free audience interactive show with Brick at 11:30 pm: The Magnet’s Megawatt

[TOP PICK] 9:00 pm ($5): For this double-bill at UCB East, Nicole Byer, Sasheer Zamata, and Keisha Zollar are first up as the fiercely energetic & entertaining all-gal improv troupe Doppelganger; and then UCBT Harold Night house troupes Very Good Kiss and Mr. Crime make up scenes without relying on the usual long-form “Harold” rules at Cheating on Harold

[TOP PICK] [FREE] 11:00 pm: As many as a dozen guests packed into 75 minutes performing stand-up, improv, sketch, and occasionally acts that defy categorization. The level of talent can vary wildly, but for some (like me), that’s part of the laid-back fun; and this is often one of the most amazing comedy shows in town. Come support the experimentation, and periodic magical surprises, that this uniquely organic rollercoaster of a weekly show at UCB West makes possible—and don’t forget to toss $1 in the bucket on your way out: School Night

This entry was posted on Wednesday, October 5th, 2011 at 6:37 am and is filed under Best New York Live Comedy Shows. You can follow any responses to this entry through the RSS 2.0 feed. You can leave a response, or trackback from your own site.