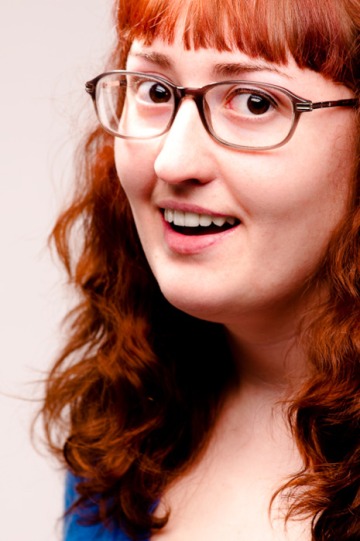 …and Emily Heller’ performs at both ComedyJuice and The AfterLife

[FREE] 6:00 pm: Open-mic sketch that allows you to either perform a sketch with your own performers or bring in pages for the audience to perform at The PIT downstairs lounge, followed by feedback on your bit from PIT “sketch-perts:” Pen & Pencils

[TOP PICK] 7:00 pm-Midnight ($7 for the whole evening): In this 5-hour extravaganza, each of four of The Magnet’s singing improv troupes make up a musical on the spot based on an audience suggestion: Legend and Atticus at 7:00 and The Montels and BEEES! at 8:30; followed at 10:15 by a free show that lets audience members join in with musical improv troupe BEEES! to make up stories in song on the spot: Magnet Tuesday Musical Megawatt

7:00 pm ($5): Improv troupe 1-800-LONDON will make up scenes tonight based on the stand-up and storytelling of one its members who has an accent and somehow got into the US without a visa at The PIT downstairs lounge: 1-800-LONDON Goes Salsa Dancing

9:15 pm-Midnight ($5): Long form improv known as The Harold from UCB Chelsea house troupes Johnny Romance, Bucky, and The Regulars—plus advanced improv students mash up forms LaRonde and Montage by starting with a series of unlikely pairings and then ending “somewhere deep inside a pile of hilarious character” for a hybrid form called LaRONTAGE—at this second half (continued from 7:30 pm) of Harold Night

This entry was posted on Tuesday, September 4th, 2012 at 12:11 am and is filed under Best New York Live Comedy Shows. You can follow any responses to this entry through the RSS 2.0 feed. You can leave a response, or trackback from your own site.