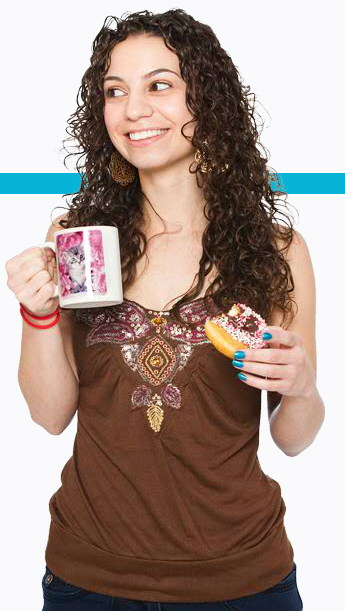 …and Liz Miele performs stand-up at “Gandhi, Is That You?”

6:30 pm ($5): Two shows I know nothing about—The Knuckleboys and The Last Double Date—audition for a spot on the schedule of the prestigious UCB Chelsea stage. At $2.50 per show, it’s hard to go wrong with Spank

[TOP PICK] 8:00 pm ($5): A delightful dark musical about the rich consuming the poor—literally. Witty songs from Brian Glidewell, Marcy Jarreau, and Kevin Carter, a uniformly strong cast (Megan Maes, Aaron Jackson, Michael Martin, Katie Schorr, Dan Hodapp, Brian Glidewell, and Stephanie Streisand), and sharp direction from Christopher Gladysz and Lauren Conlin Adams make this 30-minute surreal parody of Newsies a winner as a UCBT comedy, and recommended. That said, right now the story is paper-thin and the characters cardboard. While the latter is turned into an asset (e.g., a leg-injured character is hilariously named “Cripply”), I’m hoping the creators consider making all the elements deeper and more nuanced, and expanding the production to a 90-minute legit theatre length. Meanwhile, enjoy this remarkably compact version that delivers a quick, sharp punch to the gut you’re likely to remember: Newsadoozies: A Man-Eating Musical…

[TOP PICK] 8:00 pm ($10): Storyteller Brad Lawrence (Moth GrandSlam Champion, FringeNYC, co-host of The Standard Issues) debuts a one-man show at Brooklyn’s Coney Istand’s Sideshows by the Seashore  (1208 Surf Avenue) in which he “relives the horrors of his growing up so you can laugh at his pain:” Childhood; A Guide to Weapons and Tactics

[TOP PICK] 9:30 pm ($5): One of the finest comedic storytelling shows in the country, in which brilliant writer/performers —who tonight are Adam Wade, Michelle Markowitz, Halle Kiefer, Jon Gabrus, and host Dave Martin—tell tales that are brutally honest and utterly hilarious at UCB Chelsea, with tonight’s theme School: The Nights of Our Lives

[TOP PICK] [FREE] 11:00 pm: The wonderful Sasheer Zamata (Doppelganger) hosts as many as a dozen guests packed into 75 minutes performing stand-up, improv, sketch, and occasionally acts that defy categorization. The level of talent can vary wildly, but for some (like me), that’s part of the laid-back fun; and this is often one of the most amazing comedy shows in town. (Tonight’s scheduled performers include Brandon Gulya and “Goofy Bitches;” for the complete lineup, please click here.) Come support the experimentation, and periodic magical surprises, that this uniquely organic rollercoaster of a weekly show at UCB Chelsea makes possible—and don’t forget to toss $1 in the bucket on your way out: School Night

This entry was posted on Wednesday, September 26th, 2012 at 7:50 am and is filed under Best New York Live Comedy Shows. You can follow any responses to this entry through the RSS 2.0 feed. You can leave a response, or trackback from your own site.