Have you checked out Marc Maron’s new book Attempting Normal? 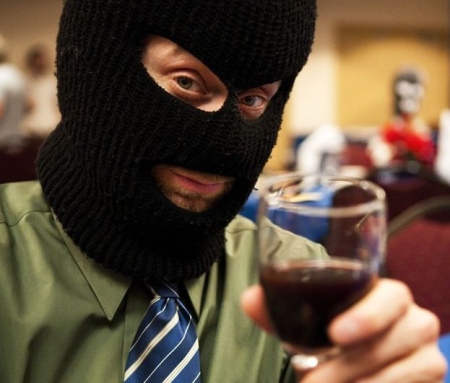 7:00 pm ($5): Veteran improvisors—including Steve Soroka and Rob Stern—will be touring as representatives of The PIT, and practicing tonight at The PIT downstairs lounge: The PIT TourCo

[TOP PICK] [$] 8:00 pm ($20): TV & Broadway stand-up star Colin Quinn performs a show he’s been developing for months for this off-Broadway run (through June 3rd) that looks at US history “from the Founding Fathers to the Kardashians” at the Barrow Street Theatre (27 Barrow Street, just one block from the #1 subway’s Christopher Street stop): Colin Quinn: Unconstitutional

[TOP PICK] 8:30 pm ($5): Debuting on April Fool’s, a prank call show that asks you to “Bring a number. Tell us about your victim. Sit back and don’t laugh” at The Magnet theatre: Prank Calls with Charles Rogers

10:00 pm ($5): Comics of a variety of races, views, and shoes perform a variety of comedy bits at The Magnet hosted by Chano Garcia: Stir the Pot

[TOP PICK] [FREE] 11:00 pm: Some of the finest comics in the world—who are no longer being announced in advance, but it’s virtually always a great lineup—at UCB Chelsea hosted by the wonderful Leo Allen (HBO, Saturday Night Live, Conan O’Brien, Comedy Central): Whiplash