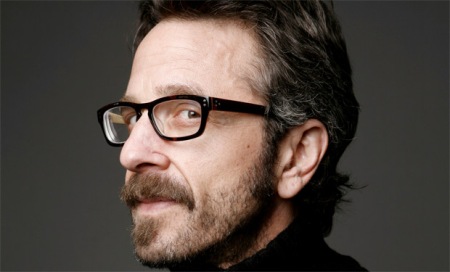 [TOP PICK] 8:00 pm-MIdnight ($7 for the entire evening): The Magnet house improv groups The Boss and Hello Laser performing improv for an hour, followed at 9:00 pm by Round Trip (long form improv—directed by Armando Diaz—which tells the story of group of characters over the course of three separate monoscenes), and at 10:00 pm by veteran improvisors making up scenes based on improvised monologues from a sharp storyteller at The Armando Diaz Experience, and finally at 11:00 improv competition Inspirado (like UCBT’s Cage Match, but with a game-like challenge component) featuring last week’s winner vs. Big Fat Liars: The Magnet’s Night Out

[TOP PICK] [$] 8:00 pm ($27.25 & 2-drink min.): A stand-up who’s performed on David Letterman, Conan O’Brien, and Jay Leno; performed three of his own Comedy Central Presents half-hour specials; was a regular on Comedy Central’s Tough Crowd with Colin Quinn and Shorties Watchin’ Shorties; is a frequent guest on The Howard Stern Show and the Opie and Anthony radio show; hosted his own radio program on NYC’s 92.3 Free FM; creates periodic Web-based free audio shows for Blog Talk Radio; and has acted on such TV shows as HBO’s The Sopranos and Lucky Louie, and was nominated twice for an Emmy award for his writing on The Chris Rock Show, headlining tonight at the Carolines Comedy Club: Nick DiPaolo

[TOP PICK] 9:30 pm ($5): If you’re a fan of CollegeHumor.com, you can see the folks behind it on the UCB Chelsea stage, who tonight include Streeter Seidell (Editor-in-Chief of College Humor; Jimmy Kimmel, MTV’s Pranked), Jake & Amir, and Adam Conover (VH1’s Best Week Ever, Olde English, College Humor, host of Fresh Out): CollegeHumor Live

[TOP PICK] 11:00 pm ($5): Improv team Scrambled Legs has been a juggernaut, winning 7 matches in a row. That may end tonight as it faces one of the finest groups in the history of improv, Death by Roo Roo. The Heavens will quake at these UCB Chelsea titans compete for your laughs and votes at the raucous Cage Match