TV Alert: Jerry Seinfeld is on Jimmy Fallon;
Chelsea Handler is on Conan O’Brien (repeated from 10/15) 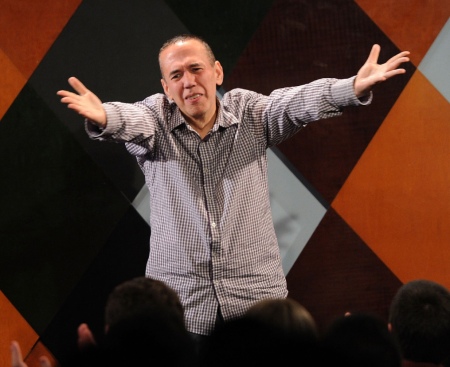 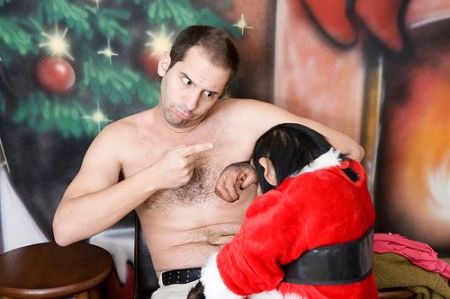 [TOP PICK] 7:00 pm-Midnight ($7 for the whole evening): In this 4-hour extravaganza, six of The Magnet’s singing improv groups make up a musical on the spot based on an audience suggestion, followed at 10:15 by a free show that lets audience members join in with a musical improv group to make up stories in song: Magnet Musical Megawatt

[TOP PICK] 8:00 pm ($6): In this Jo Firestone extravaganza, “Audience members are invited to put their name in a bucket if they personally identify as ‘miserable.’ Do-gooder comedians then get to pick a name out of the bucket and attempt to really make that audience member’s life better for up to 10 minutes. Limit 6 miserable people per show,” with tonight’s comics Jacqueline Novak, Conner O’Malley, Michael Wolf, Ikechukwu Ufomadu, Chris Duffy, Joe Rumhrill, and Julio Torres performing at Brooklyn’s Union Hall hosted by Jo: Your Fantastic Life

[$] 8:00 pm ($15): A two-gal sketch show about dating during the holidays from Angela Spera & Laura Lane at The PIT upstairs theatre: This Is Why You’re Single: Holiday Edition

8:00 pm ($5): Improvers make up a series of scenes at the UCB Chelsea theatre. It’s not The Gift of the Magi, but it’s The GIft of the Montage

[FREE; plus FREE BACON] 8:00 pm: NYC stand-ups performing at this show that provides you with both free comedy and free bacon at The Creek upstairs theatre in Queens’ Long Island City hosted by Kevin Berrey and/or Farah Brook: Free Bacon

9:30 pm ($5): Improvisors make up a made-for-TV Christmas movie on the spot at The PIT upstairs theatre: A Made-For-TV Holiday Movie

9:30 pm ($5): Improvers make up a series of scenes at the UCB Chelsea theatre. It’s not The Gift of the Magi, but it’s The GIft of the Montage

[TOP PICK] [ALMOST FREE] 6:00 pm ($1): In this delightful weekly open-mic show, each comic has 3-5 minutes to try out a character-based bit (e.g., for a solo show, sketch, or audition) at The PIT downstairs lounge, hosted by Keisha Zollar (Doppelganger): Imposter Open Mic

[FREE] 6:00 pm: Weekly stand-up open mic with 5 minutes per performer; email prequelmic@gmail.com by Sunday to go into a lottery system for next Tuesday, or simply walk in tonight and place your name in a bucket for possible selection, at Brooklyn’s Over the Eight (594 Union Ave) hosted by Claudia Cogan, Katie Compa, and/or Garry Hannon: The Prequel Open Mic

[ALMOST FREE] 11:00 pm ($1): A weekly improv jam for students at all levels to work on their skills at The PIT downstairs lounge hosted by Elke Reid and David Frasure: Study Hall