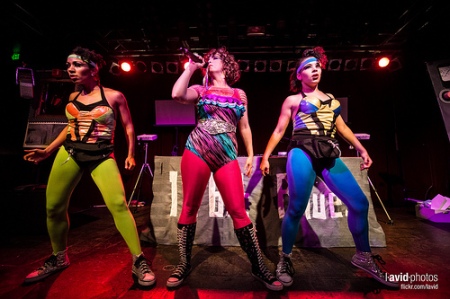 Wonderfully wacky and electric singer & dancers trio Adira Amram and the Experience, plus stand-ups including Maeve Higgins and Gibran Saleem, perform at Kara Klenk’s If You Build It (8:00 pm, $5, UCB East at 153 East 3rd Street)…