Top stand-up Myq Kaplan is hilarious as he reveals secrets about his past involving Robin Hood, violins, linguistics, improv, playing Carnegie Hall, and much more in this second career episode of my podcast website. 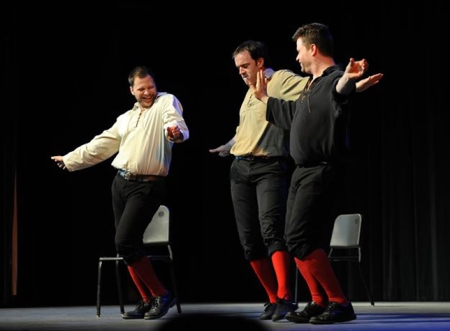 If you braved the rain last night, you saw genius improvisors from Chicago—including ISC founder Blaine Swen—go for the silly as the five-member troupe became armies for England, Ireland, France, and Germany that alternated between battling, singing, and dancing, mixed in with subplots that included a young woman named Molly who doubled as drug metaphor and a soldier so young he was the spirit of an unborn baby (and had the latter gotten on Molly’s back rather than that of another character, the show would have ended literally with a Ghost On Drugs…). There’s no telling where an audience suggestion will lead on this final night of the current NYC run of this finest improv troupe in the world that performs one of the best comedy shows of any kind, anywhere. Seats are sold out, but you can get in if you arrive early and are okay with sitting on stairs (with tickets discounted to $20). Don’t miss your last chance for a while to enjoy the breathtakingly skilled Improvised Shakespeare Company (7:00 pm, $20 to sit on stairs, Theatre 80 St. Marks at 80 St. Marks Place off First Avenue)… 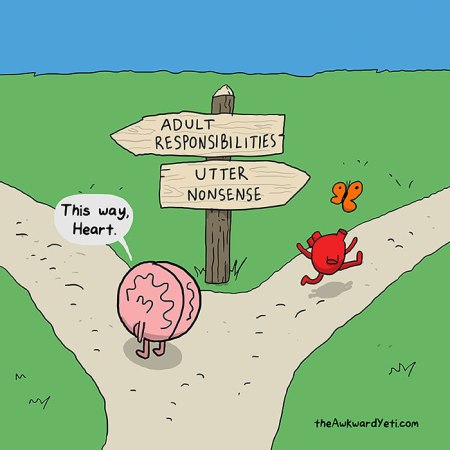 [FREE] 8:00 pm: NYC stand-ups perform sets—and you and the rest of the audience tries to answer trivia questions based on those sets! It all happens at Queens LIC’s The Creek upstairs theatre: Comedy Pursuit

8:00 pm ($5): Sketch, improv, and stand-up comics “create a brand new show in only one week, and then perform improvised sketches based off of your suggestions, just like The Second City used to do” at The PIT upstairs theatre directed by Micah Sherman: Old School Sketch Show

9:30 pm ($5): Five stand-ups attempt to seamlessly weave their bits into each other’s sets to create a holistic 30-minute experience at The PIT upstairs theatre: Human Centipede

[TOP PICK] [FREE] 10:00 pm: A stand-up performs a 6-minute stand-up set…and then has to endure an old video of him or her telling bad jokes poorly, so the audience can see how much the comic has grown. Six stand-ups—Emily Winter, Sarah Kennedy, Evan Jones, Dina Hashem, Daniel J Perafan, and Kevin Froleiks— will go through this at Queens LIC’s The Creek upstairs theatre hosted by Patrick Hastie: Old Bits, New Bits

[ALMOST FREE] 11:00 pm ($1): A weekly improv jam for students at all levels to work on their skills at The PIT downstairs lounge hosted by Elke Reid and/or David Frasure: Study Hall