Best New York Stand-Up with Myq Kaplan is a new show produced by me that lives up to its name—the debut next Friday August 5th includes Mike Lawrence, Sean Patton, Mark Normand, Chris “Shockwave” Sullivan, and more TBA, plus host Myq Kaplan offering observations following each set. For details on this group of comedy giants, please click here. For further info on the show and to nab tickets (a mere $10 each), please click here. 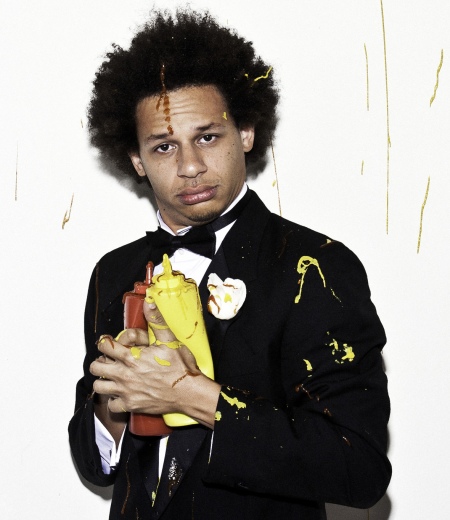 7:30 pm ($5): A one-woman show by Susan-Kate Heaney about the troubles that followed her mother joining Facebook at The PIT Loft (154 West 29th Street): Facebook with Mom

…and in the second half of this double-bill, sketch group One Idiot performs a parody of series such as Serial and Making a Murderer: This Murder A Real Murder

[TOP PICK] 8:00 pm ($10): Mike Cabellon, Adrien Pellerin, Katie Sicking have written and star in this musical about “three Millennial janitors who band together to launch a promising enterprise that breaks every promise from boom to bust; it’s never about the product, it’s an excuse to give a TED Talk” at The PIT upstairs theatre (123 East 24th Street): Meet the CEOs: A Start-Up Musical

[FREE] 10:00 pm: Each stand-up performs a set, then improv group The Bodega Cats makes up scenes based on the material, at The Creek upstairs theatre in Queens’ LIC (10-93 Jackson Avenue); audience applause then determines the “winner” of Rumble

[MEGA-TOP PICK] [FREE] 11:00 pm: Some of the finest comics in the world-who aren’t announced in advance, but it’s usually a great lineup and often an extraordinary one—at UCB Chelsea typically hosted by Aparna Nancherla (one of the best stand-ups in the country; writer for Seth Meyers; Conan O’Brien, @Midnight, comedy album Just Putting It Out There). Reservations go quickly, but you can probably get in if you arrive early and are okay with standing: Whiplash

This entry was posted on Monday, August 1st, 2016 at 12:32 pm and is filed under Best New York Live Comedy Shows. You can follow any responses to this entry through the RSS 2.0 feed. You can leave a response, or trackback from your own site.