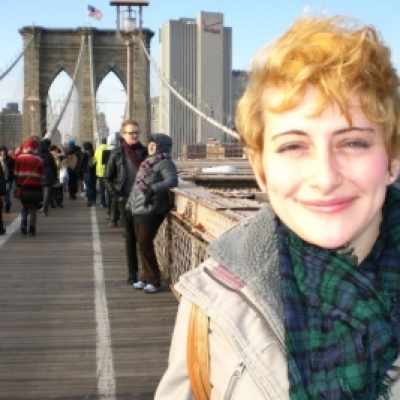 Comics each perform an argument for why he or she should receive a Pulitzer Prize—with tonight’s candidates Jo Firestone (staff writer for Jimmy Fallon; radio host of WFMU’s Dr. Gameshow, live-on-stage host of The Unexpectashow and The Incredible Game Show Showcase, co-author of #1 bestselling Punderdome: A Card Game for Pun Lovers)…

[TOP PICK] [$] 5:30 pm ($12): An autobiographical one-man show by Brad Lawrence (Moth GrandSlam Champion) on how he “survived a childhood in the Reagan Eighties, the rise of the moral majority and meth amphetamine, the terrors of sex and nuclear bombs, and his guest role in a sibling’s suicide by escaping into pop culture” at Under St. Marks (94 St. Marks Place, off First Avenue): The Idaho Jackson Action Playset

[$] 8:00 pm ($15): Peter Michael Marino improvises a soul-baring one-man show inspired by interactions with the audience (and with the help of stellar director Michole Biancosino) at The PIT Loft (154 West 29th Street): Show Up

9:00 pm ($5): A mix of stand-up, sketch, music, and/or improv at Brooklyn’s The Annoyance Theatre (367 Bedford Avenue; take J/M/Z to Marcy Avenue or L to Lorimer Street) hosted by Carmen Christopher: The Juice