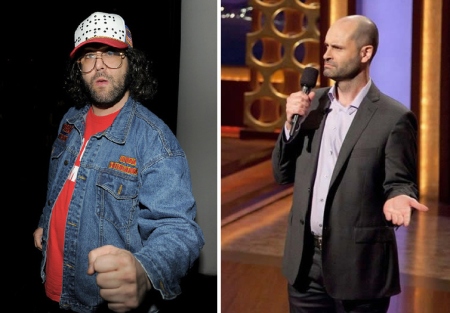 [TOP PICK] 8:00 pm ($7): Sketch comedy that aims to have you “laughing until blood pours out of your throat and eyes and you die and you go to hell and you’re like ‘god damn that was worth it!’ to Satan and he’ll be like ‘Yeah, I know, I was there, it was dope’:” at the UCB Chelsea theatre: ” O.S.F.U.G. The Fast Fuckin’ Sketch Show

9:30 pm ($7): A play about a plus-size woman who overnight magically turns into an ideal body type, and “now must navigate a society where she is desired rather than reviled” at The PIT Loft (154 West 29th Street): Beautiful, Enormous

9:30 pm ($7): A one-man show by Ladell Thomas that blends dance and comedy while telling the story of fictional character Mr. Ocean at The PIT Mainstage: The His-Tory Of The Marvelous Majestic Mr. Ocean

[MEGA-TOP PICK] [FREE; reservations go quickly, but you can probably get in if you arrive early and are okay with standing] 11:00 pm: Some of the finest comics in the world—who aren’t announced in advance, but it’s usually a great lineup and often an extraordinary one—at UCB Chelsea hosted by someone who’s probably terrific while peerless host Aparna Nancherla is showing the rest of the country how amazing she is: Whiplash

6:00 pm & 8:00 pm ($5 for both comics and audience members, no drink min.): Open mic stand-up providing 5-7 minutes per comic, with each show running 1 hour and 45 minutes. Arrive 30 minutes before the show you want to be in to get on the signup sheet. This is a fine opportunity to perform at the only comedy club in the East Village: Eastville Comedy Club Open Mic

[FREE] 6:00 pm: Your chance to make up scenes in a 7-minute set with veteran improvisors who are supporting diverse voices at The Magnet theatre: Diversity Jam

[FREE] 10:30 pm: Improv veterans Chelsea Clarke, Anthony Apruzzese, and/or Steve Theiss host and perform in this show at UCB East with improvisors taken from the audience…and who may include you: Improv Nerds Jam