Today kicks off the annual Brooklyn Comedy Festival, running every night through August 27th. Among the vibrant choices is this world premiere screening of a unified cut of The Onion’s entire 2012 webseries Sex House satirizing America’s reality show culture (for a trailer, please click here), followed by a Q&A with the director and writers of the series hosted by Sean Joseph Patrick Carney (host of Humor and the Abject podcast) and Darcie Wilder (author of Literally Show Me a Healthy Person): Sex House (7:30 pm, $16, Brooklyn’s Nitehawk Cinema at 136 Metropolitan Avenue; take the L to Bedford)… 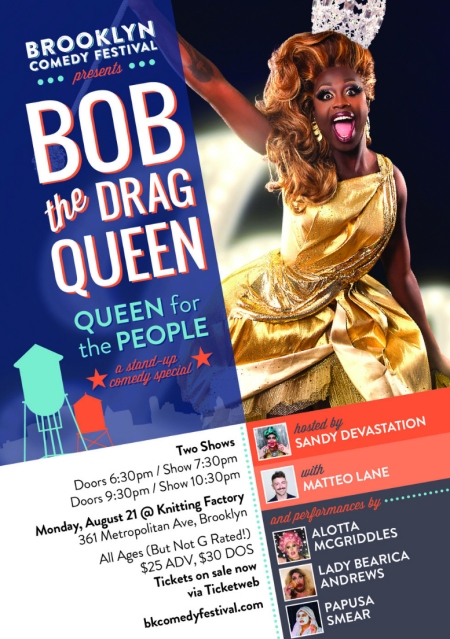 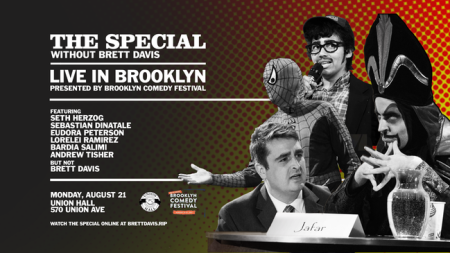 …or if you’re a fan of Game of Thrones, check out this free weekly show in which comics Christian Finnegan, Michael Lewis, Samantha Bednarz, and Jeremy Kaplowitz discuss the final episodes of this spectacular season of GoT hosted by Nicki Wright: Panel of Thrones (7:30 pm, Free!, Astoria Queens’ QED: A Place to Show & Tell at 27-16 23rd Avenue)

[TOP PICK] 7:30 pm ($7): Improv trio Doppelganger—consisting of Sasheer Zamata, Keisha Zollar, and Nicole Byer—created fresh, brilliant improv before each of its rising stars went off to be famous. Nicole is probably in LA right now, but Sasheer and Keisha are reuniting to make up scenes based on audience suggestions at the UCB East theatre: Doppelganger

[TOP PICK] 9:00 pm ($5): Terrific character comics perform solo bits demonstrating their impressive talent at UCB East hosted & directed by Michael Hartney plus a co-host (last month it was Timothy Dunn, who was a perfect partner for Michael). This is one of my favorite shows, and I especially recommend checking it out if you’re a producer, casting director, or other industry pro in search of sharp comedy actors: Characters Welcome 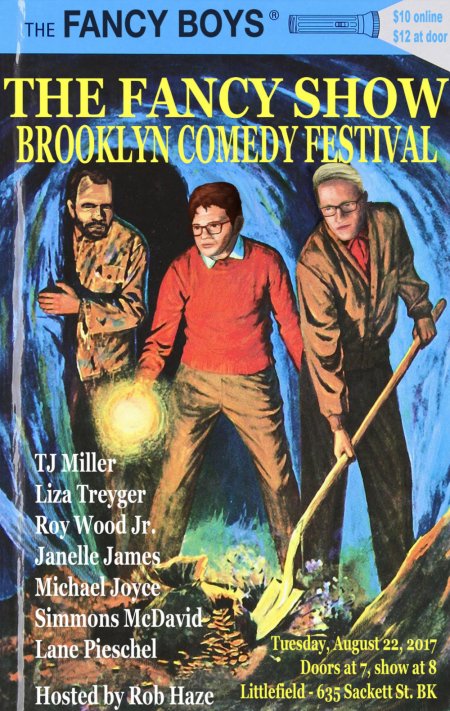 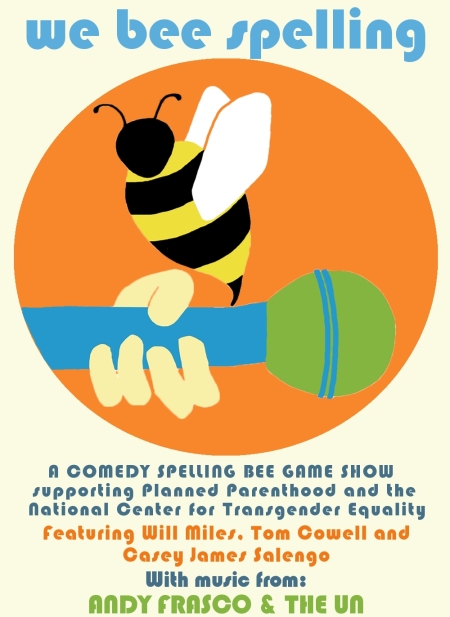 …Ilana Glazer (co-star of Comedy Central red-hot hit Broad City) delivered superb stand-up shows last Wednesday, in which she did a great long set and also had two sharp comedy friends do great long sets; and since those went so well, Ilana’s doing it again tonight and next Wednesday, with both an early and late show: Ilana Glazer and Friends (7:30 pm and 9:30 pm, $10, Brooklyn’s Littlefield at 635 Sackett Street;—take R subway to Union Street; PLEASE NOTE: All performances have SOLD OUT. However, you might be able to nab tickets via the Fan Exchange)…

…and Chris Gethard Show icon Riley Soloner is a sweet, silly comic almost impossible to not like; and so is his over-the-top character Vacation Jason, whose sole missions in life are to party and create chaos. Come join this character so infectious that one executive was more interested in Vacation Jason than Chris Gethard years ago when Geth was pitching his show to Comedy Central: Night Late: Vacation Jason Edition (11:00 pm, $5, UCB Chelsea at 307 West 26th Street)