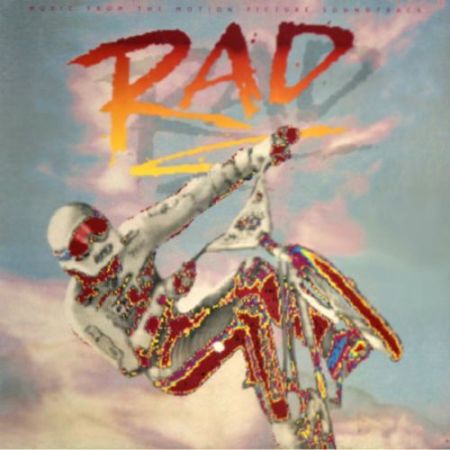 Friday 8/17: On RottenTomatoes.com, the 1986 movie Rad—which is about kids doing bike tricks—has a rating of 0%, the lowest possible score from critics, but an audience rating of 91%! According to The Guardian critic Nick Evershed, this is the largest discrepancy between critical and audience reception in the entire RT database. Come see if you can figure out the reason for the gap when this movie is both screened and mercilessly skewered by comics Frank Conniff (TV’s Frank on Mystery Science Theater 3000; Cinematic Titanic; author of How to Write Cheesy Movies and 25 MST3K Films That Changed My Life In No Way Whatsoever), Carolina Hidalgo (co-host with MST3K’s Frank Conniff & Trace Beaulieu of Movie Sign with the Mads podcast), and Kat Burdick. Their cruelty will be contrasted by exceptionally kind producer/host Chris Gersbeck (co-host of Soft Core!, which is essentially a porn version of this show, Casual Sets, and Bunk Bed Time Open Mic): Movies R Dumb: Rad (9:30 pm, $10, Astoria Queens’ QED: A Place to Show & Tell at 27-16 23rd Avenue) 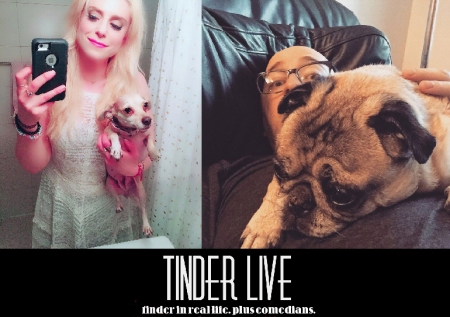 Saturday 8/18: A show celebrating the app that redefined online dating, with the lovely and quick-witted Lane Moore (above left; HBO’s Girls; Sex & Relationship Editor of Cosmo; writer for The Onion, McSweeney’s; author of upcoming book How to be Alone) going on a live Tinder safari for guys while a packed audience watches her every choice with fascination. Offering comments and suggestions are guests Josh Gondelman (above right; one of the sharpest comics in the country; Emmy & Peabody Award-winning writer/producer for HBO’s phenom Last Week Tonight with John Oliver; Conan O’Brien, The New Yorker; stand-up album Physical Whisper), Jamilah Lemieux (commentator on ABC, CBS, MSNBC, CNN, MTV2, Vice, The Daily Show, The Nightly Show, The Washington Post, The Guardian, and The Nation; VP of News at iOne Digital; previously Senior Editor of Ebony Magazine), and Heben Nigatu (co-host of the Another Round podcast). This show consistently sells out, so I recommend nabbing tickets in advance online for Tinder Live (8:30 pm, $15, Brooklyn’s Littlefield at 635 Sackett Street; take R subway to Union Street)