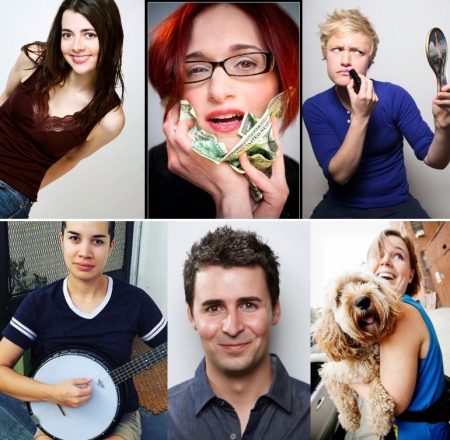 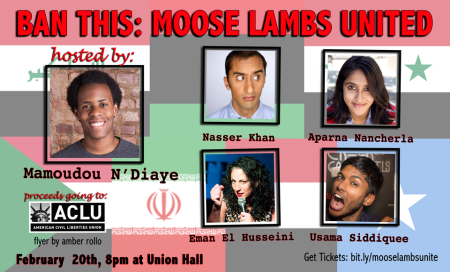 [TOP PICK] 6:30 pm ($7): At the UCB Chelsea theatre, an improv show somehow performed in both English and Spanish by bilingual comics—including Charlie Todd and Morgan Miller—that springboards off an interview with an audience member about an experience in a Spanish-speaking country or with a Spanish-speaking person: Fifty/Cincuenta…

…and in the second other of this double bill, “The year is 2036, term limits have been ignored and Trump is still President. There are only two people who can save the United States of America, and their names are Sasha and Malia Obama,” written by and co-starring Keisha Zollar (HBO’s Divorce, Orange Is the New Black, MTV, Comedy Central, ace improv trio Doppelganger, sketch group Astronomy Club) and Caroline Martin (sketch group Astronomy Club) and directed by Shannon O’Neill: Obama Daughters: Requiem for America

7:00 pm ($7): A variety show hosted by sketch group Unicorn Women at at The PIT Mainstage: We Accept You

7:30 pm ($7): Two 30-minute sketch shows, one starring John Ross and the other starring Lorena Russi Serna, at The Magnet theatre: The John and Lorena Project

…and in the second half of this double-bill, sketch group Nipsey explains how things work in Nipsey Presents Science

8:30 pm ($7): A one-man show by Matt Alspaugh (The Story Pirates, Dinosaur Jones) in which he plays a variety of high-status people with low self-esteem;at The Magnet theatre: The High/Low Character Show: High Status People with Low Self Esteem

[TOP PICK] 9:30 pm ($7): Leah Evans & Matthew Schrader make up a fast-paced duo-dialogue mini-play in the style of an Aaron Sorkin movie or TV series at The PIT Mainstage: The Boozeroom

[MEGA-TOP PICK] [FREE; reservations go quickly, but you can probably get in if you arrive early and are okay with standing] 11:00 pm: Some of the finest comics in the world—who aren’t announced in advance, but it’s usually a great lineup and often an extraordinary one—at UCB Chelsea typically hosted by Aparna Nancherla (one of the best stand-ups in the country; former writer for Seth Meyers; Conan O’Brien, @Midnight, Comedy Central Half Hour, comedy album Just Putting It Out There): Whiplash