My PC is finally working again! And the comedy listings are back.

TV Alert: Lena Dunham is on David Letterman;
Rob Corddry is on The Daily Show;
J. B. Smoove is on Conan O’Brien;
Carl Reiner is on Jimmy Fallon (repeated from 2/4/15);
Beth Behrs is hosted by Whitney Cummings
on The Late Late Show (repeated from 1/28);
Whitney Cummings, Beth Behrs, and Jonathan Kite
are on @midnight;
Ari Shaffir’s storytelling show This Is Not Happening
is at 12:31 am on Comedy Central 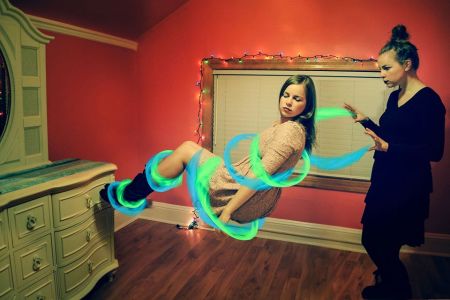 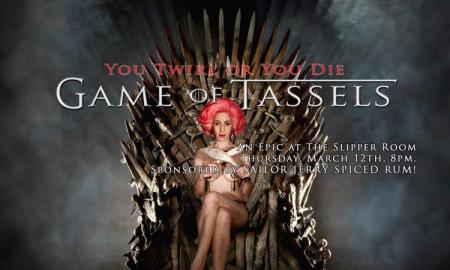 …while Cherry Pitz spearheads a burlesque tribute to the finest show on TV: Game of Tassels

[TOP PICK] [$] 7:30 pm ($35 & 2-drink min.)  An award-winning stand-up who’s been a correspondent for The Daily Show, performed on Conan O’Brien, Jimmy Kimmel, Craig Ferguson, and his own Comedy Central Presents half-hour special, and currently co-stars on NBC’s About a Boy, headlines tonight through Sunday at the CarolinesComedy Club: Al Madrigal

[TOP PICK] 8:00 pm-Midnight ($10 for the entire evening): The Magnet house improv groups The Boss and Junior Varsity performing improv for an hour, followed at 9:00 pm by Rashomon (eight improvisors explore human nature and the nature of truth using time-jumps and multiple perspectives), at 10:00 pm by a sketch comedy salute to gun-toting jerks in American Action Heroes, and finally at 11:00 by improv competition Inspirado (like UCBT’s Cage Match, but with a game-like challenge component): The Magnet’s Night Out

…and in the second half of this double-bill, a sketch group that promises to give away $100: Awful DJ

8:00 pm ($5): A birthday edition for twin stand-ups plus guest stand-ups (not announced) at The PIT downstairs lounge hosted by Adam & Todd Stone: The Stone and Stone Show

9:00 pm ($5): An hour-long tribute to the greatest comedy skits and sketches of all time, from Monty Python to Kids in the Hall to SNL, at The PIT downstairs lounge curated by group Forever Dog and performed by group Kingmakerand friends: Kingmaker Tribute to Sketch Comedy

9:30 pm ($10): Sketch/improv group Martha hosts this variety show featuring sketch from group Kokomo, music from Jacob Mondry, and stand-up from Justin Morgan, all performing at The PIT upstairs theatre: All You Can Eat

[TOP PICK] 10:00 pm ($5): A one-man show by James III “with all the stories, all the songs, and all the feels ever about relationships” at The PIT downstairs lounge directed by Jamie LeeLo: Think We Kissed, But I Forgot…

[TOP PICK] 11:00 pm ($5): Weekend improv group What I Did For Love and Harold Night improv group Apollocompete for your laughs and votes at UCB Chelsea in the raucous Cage Match

[FREE] 7:00 pm: In this free Magnet show, audience members (signing in at 6:00) can join in with improv groupJunior Varsity to make up scenes on the spot: Magnet Mixer