All that said, my top NYC comedy recommendations for what’s left of November (with more to come) include:

The spectacular 4-day Solocom festival, featuring over 100 new comedic solo shows, concluded last night at 11:00 pm; but while it’s over, the last day’s best of the fest still merit recognition. I spent nearly 11 hours at Sunday’s Solocom scouring for notable talent at The PIT’s Striker and Underground theatres. I never made it to The Loft, with apologies to all the wonderful comics who performed there.

That noted, standouts on the final day of Solocom included Melanie Owens relating what it was like to have a stroke at age 28—and the effects of brain surgery on bangs—with extraordinary joyfulness and juiciness, turning a potential trauma into an opportunity to be a luminous and sexy force for life who’s also way funny; Emily Mathwich proving herself a highly compelling comedic actress in a mini-play she wrote in which the world has been nearly destroyed and her only hope for survival is a relationship she forms with Siri (titled Hey, Siri, Am I Gonna Die?); and Jen Adams cleverly and hilariously articulating what we’re really thinking when we spout cliche responses—e.g., “I can’t wait to see your one-man show!” = “I have to go to this, don’t I.”

As Adams points out, some solo shows can be little more than an obligation imposed on friends. But in the hands of superb talents like the comics above, and scores more performing on all four days of Solocom, the one-person show is a vibrant form for sharing and creating experiences that can be as riveting and funny as the best offerings from Broadway or Hollywood. Huge kudos to everyone involved at The PIT for their continued support of this magical festival. 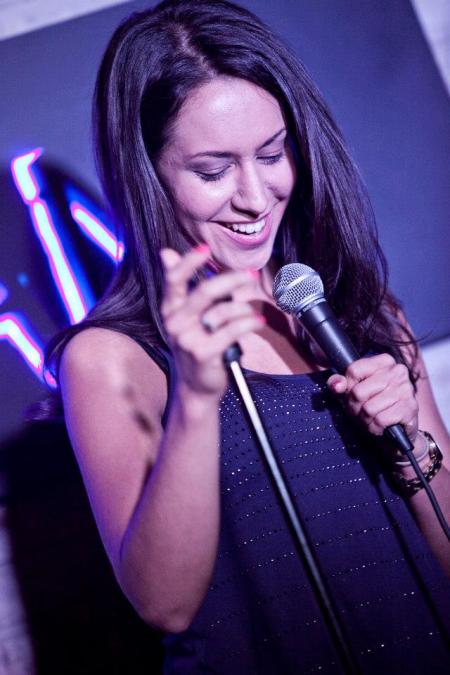