Ongoing: Ever had a life-altering opportunity—abruptly snatched away? Connor Ratliff (brilliant improvisor & character comic; The Marvelous Mrs. Maisel, Orange is the New Black, Broad City, The Chris Gethard Show, The President Show; co-star of legendary improv group The Stepfathers; host of The George Lucas Talk Show), tries to figure out why he was fired from a bit acting role 20 years ago by Tom Hanks. It’s like Serial, except the only stakes are Connor’s decades of repressed feelings: Dead Eyes Podcast

Saturday 2/8: A parody of the 92nd Academy Awards by character comics, with Babu Frik, Forky, the Little Women, the Joker, a condensed The Irishman, and more—hosted by Dame Judi Dench as Old Deuteronomy (Jay Malsky): The Oscars…But Better (9:45 pm, $13, The PIT Mainstage (Striker) at 123 East 24th Street) 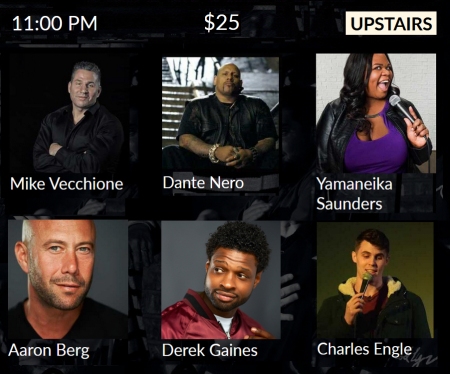