(in chronological order, with top picks noted and shows over $10 marked with $) include:

[FREE] 6:00 pm: An improv show that asks you to drop written suggestions into a box before it begins and then dips into the collection of suggestions throughout to propel new scenes: The Drop Box

…and in the other half of this double-bill, UCBT house manager and tech guy supreme Pat Baer hosts a show about the very medium you’re using to read this: 404ing It: Breaking (Down) the Internet

[TOP PICK] 9:00 pm ($8): From the producers of The Scene, improvisors—tonight including Casey Jost & Jodi Lennon— make up one-act plays on the spot at The PIT downstairs lounge: Act One

[TOP PICK] 10:00 pm ($11.34 online; or $10 at the door—but this show typically sells out in advance): Erik Bergstrom (cartoonist/author of Grimmer Tales, The New Yorker, Comedy Central’s Indecision 2012), Gary Vider (hilarious writer & deadpan stand-up; for sample jokes, please click here), Kevin Barnett (Comedy Central, MTV, College Humor), Meg Cupernall, Ashley Brooke Roberts, Tim Homayoon, Jeff Wesselschmidt, Eli Sairs, Zach Sims, Brad Austin, Jason Burke, and more performing for this show in which stand-up and burlesque are weirdly blended together based on the reasoning “The nude female form is truly a work of art. That’s why people the world over like to jerk off to it. Who are we to disagree with the world?”at The Creek upstairs theatre in Queens’ Long Island City hosted by Pat Dixon (Comedy Central Presents): Pat Dixon’s (Nearly) Naked Lady Hour: Now with Bacon Bar

Midnight ($5): “Jason Saenz and Riley Soloner have invited the worst people in NYC to come and talk about their sh*tty situations in front of a studio audience in hopes that they can better themselves and turn their lives around. HAHAHA! Just kidding! We’re exploiting these people of ratings! This month’s episode: Stop Bullying Me, You F@cking Asshole!” featuring nearly two dozen comics performing at UCB Chelsea, including Nicole Byer, Keisha Zollar, Ashley Brooke Roberts, and Dan Black: Late Night Trash

Midnight ($5): “A scandalous night of down-right-sexy improv at at The PIT downstairs lounge. Incorrigible performers team up to turn down the lights, slip into something a little more comfortable, and spend the good part of an hour tickling your funny boners. Beware of partial nudity, strong sexual themes, and the possibility to be dragged on stage for a not-so-wholesome game of Truth or Dare: Yes, Yes, Yes…And 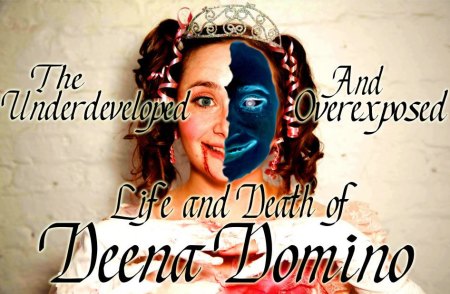 ...and classical musicians from around the country compete to demonstrate a sense of humor at the Carolines Comedy Club

[TOP PICK] [$] 7:00 pm ($16.50 & 2-drink min.)  Classical musicians with a funny side and comedians with a classical music side from all across the country submitted their classical comedy videos with the hope of being chosen for a spot among the finalists tonight performing before a panel of celebrity judges including Peter Schickele, Robert Klein, Charles Hamlen, and Deborah Voigt at the Carolines Comedy Club: WQXR Classical Comedy Contest

[FREE] 7:00 pm: Open mic for comedy of all types (with sign-up starting at 6:00) at Queens LIC’sThe Creek upstairs theatre hosted by Robert Dean: The Dean’s List

8:00 pm ($8): At The PIT, the worlds of “magic, mind-reading, and mutilation” are explored by Matthew Holtzclaw and Prakash Puru: Strange Things

8:30 pm ($5): In this double-bill, each of two of The Magnet’s singing improv troupes will make up a musical on the spot based on an audience suggestion: Aquarius and BEEES!