For your last chance to win free tickets to a star-studded comedy club show on June 24th, please click here. 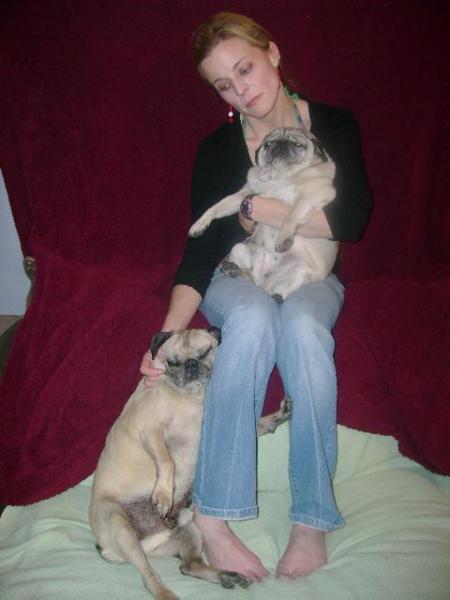 [TOP PICK] [FREE] a Long Island City party for Melanie Hamlett (Moth StorySlam Champion and superb writer/adventurer) who’s about to embark on a cross-country tour living in her truck for the summer, and who’ll be bid farewell by some of the most brilliant storytellers in NYC: Charlie Sanders, Adam Wade, Ophira Eisenberg, Margot Leitman, Jim O’Grady, and John Flynn, after which there’ll be a fun auction to raise money for the trip, all at Melanie Hamlett’s Going Away Party (6:00 pm),

[TOP PICK] star improvisation from writers & performers at 30 Rock, The Colbert Report, and The Daily Show joyously declaring Let’s Have a Ball (7:30 pm),

[TOP PICK] Lauren Olson performing a one-woman show about the death of her mom that’s reportedly funny and superb in Our Condolences (7:30 pm),

[TOP PICK] [FREE] a gathering of top comedy shows—Big Terrific, Comedy As a Second Language, and Murderfist—running from 8:00 pm through 1:00 am at this one-time free Long Island City extravaganza: LIC Comedy Festival (8:00 pm),

[TOP PICK] one of my all-time favorite improv troupes—which in 2008 broke the UCBT improv competition record for winning streaks with 17 triumphs in a row, and this year delivered a magnificent performance to capture the Cage Match Championship—the brilliant and daring members of Death by Roo Roo (9:00 pm),

For your last chance to win free tickets to a star-studded comedy club show on June 24th, please click here.

This entry was posted on Saturday, June 20th, 2009 at 4:49 am and is filed under Best New York Live Comedy Shows. You can follow any responses to this entry through the RSS 2.0 feed. You can leave a response, or trackback from your own site.