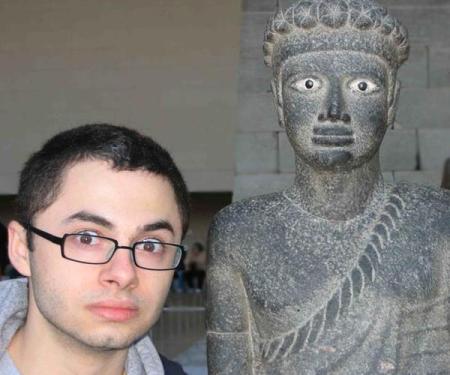 [TOP PICK] 7:00 pm ($5): Comedy dynamo Shannon O’Neill performing her extravaganza about an annual talent show in “Charlie Sheen Prison, the only talent show starring the criminally retarded and insane,” directed by the wonderful Will Hines: Prison Freaks: A Talent Show

7:00 pm ($5): Six improvisors play themselves on stage (similar to Naked in a Fishbowl) in Self Image; and in the second half of this double-bill, eight improvisors trace the storylines of characters at a single event suggested by an audience member in Hell Buffalo

[TOP PICK] [$] 7:30 pm ($16.50 & 2-drink min.): An exceptionally smart comic who’s performed on Comedy Central and VH1, co-hosts Totally J/K, and is the author of Look at This F*cking Hipsterheadlining for one night only at the Carolines Comedy Club: Joe Mande

[TOP PICK] 8:00 pm ($28 online using discount code TMANIA): UK-based Daniel Kitson is one of the sharpest and most respected comics alive. I’ll be catching his life-affirming show about suicide and more on 1/12, but sight unseen am reasonably sure it’s amazing. It’s running every day except Mondays through January 30th at Brooklyn’s St. Ann’s Warehouse (38 Water Street): The Interminable Suicide of Gregory Church