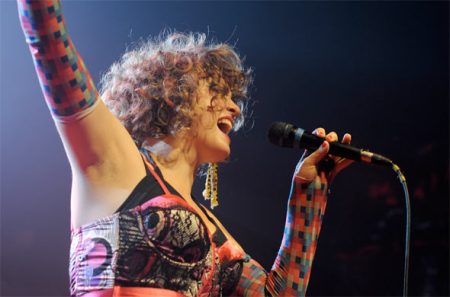 6:00 pm ($5): “Edwina Debooveman is a handsome woman with a rich memory unaffected by her constant intake of muscle relaxers. With the help of a financial backer, a talented creative team, a rolodex of contacts to fill the house, and a flimsy show premise she will be performing her own one woman show” at I Remember: Edwina Debooveman’s One Woman Show; plus in the second half of this double-bill, a show auditioning at The Magnet with no description whatsoever and an instantly forgettable title (good luck with that…): Riot Act

7:00 pm ($5): Christina Casa debuts a one-woman show that intriguingly explains “Some candy is good & some candy is bad & some candy is full of Satan’s razor blades forged by 10,000 tortured souls in the bowels of the underworld. Hooray!” directed by Lorie Steele: Eat the Candy

[FREE] 7:00 pm: Rory Albanese (Executive Producer of The Daily Show), Jamie Kilstein (Conan O’Brien), Reese Waters, and more performing at this free LES stand-up show at Pianos hosted by Adam Lowitt (Producer at The Daily Show): It Is It

8:00 pm ($7): Typically stellar stand-ups (not yet announced, but you might find an update by clicking here) performing at Brooklyn’s Union Hall hosted by comedy giant Eugene Mirman: Pretty Good Friends