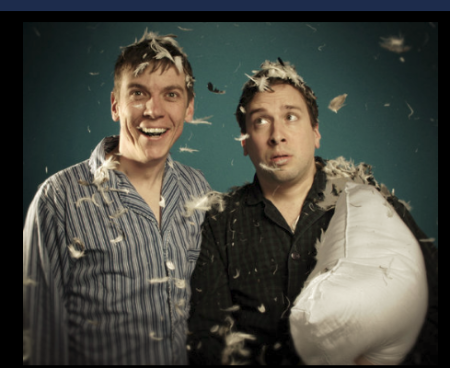 [FREE] 7:00 pm: Wonderful comedy film shorts team Matt McCarthy & Oren Brimer (and Pete Holmes, in LA, with them in spirit); and stand-ups Rob Cantrell, Jesse Popp, and more performing at this free LES stand-up show at Pianos hosted by Adam Lowitt (producer at The Daily Show): It Is It

8:00 pm ($5): Improv from duo Andrew Cornelius and Andrew Fafoutakis as The Andrew Sisters, and from troupe Accelerate

[$] 8:30 pm pm ($20 & 2-drink min.) A stand-up who’s starred in his own Comedy Central hour-long special The Things We Do For Love, and performed on David Letterman and Jay Leno, headlining at the Gotham Comedy Club: Pete Correale

This entry was posted on Sunday, February 13th, 2011 at 10:15 am and is filed under Best New York Live Comedy Shows. You can follow any responses to this entry through the RSS 2.0 feed. You can leave a response, or trackback from your own site.