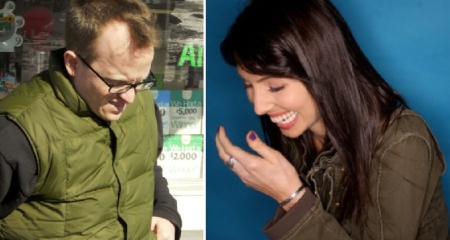 7:30 pm ($5): Improv veterans Mark Grenier, Louis Kornfeld, and Charlie Whitcroft making up a play on the spot in Theory of Everything

9:00 pm ($10): UCBT house improv troupe Ragnaröck subs for Death by Roo Roo for one night only, “taking your most embarrassing and horrifying stories” and turning them into improv fun:Scarred for Life

[TOP PICK] [$] [DISCOUNTED] 10:00 pm ($15 both online and at the door using discount codeSBWC, otherwise $20): This top musical improv troupe has wowed audiences around the world with its skill at making up an hour-long musical moment by moment. The plot and characters, the musical accompaniment, even the song lyrics and the “choreography” are invented on the spot, with no pre-planned structure. Come see why BWC won a FringeNYC Award last year for Outstanding Unique Theatrical Event by catching tonight’s edition of Baby Wants Candy

[TOP PICK] 11:00 pm ($10): Sketch duo Chris O’Neill and Paul Valenti describe themselves as “vaudeville gold for a 2011 crowd.” Whatever. They’re funny. Especially the bit with the nose. Come catch their latest material tonight at The Chris and Paul Show

[TOP PICK] Midnight ($5): One of the most fascinating performers in comedy (star of Comedy Central’s Big Lake, The Stepfathers, The Nights of Our LIves, Weird New York) hosting his own extravaganza—which goes beyond a stage show to have the makings of a hit MTV series—with guests including Shannon O’Neill, Will Hines, Bethany Hall, Don Fanelli, and Fran Gillespie…with this special show forbidding anyone in the audience from laughing!: The Chris Gethard Show

This entry was posted on Saturday, February 19th, 2011 at 10:33 am and is filed under Best New York Live Comedy Shows. You can follow any responses to this entry through the RSS 2.0 feed. You can leave a response, or trackback from your own site.