Christopher Weingarten, Senior Editor of "Spin" magazine, is at Tell Your Friends... 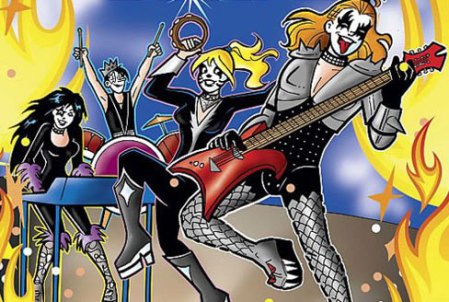 ...and top improvisors, including Fran Gillespie, Amey Goerlich, Silvija Ozols, and Sasheer Zamata, raise funds for a good cause at Pups at The PIT

[FREE] 6:00 pm: Open mic for comedy of all types (with sign-up starting at 6:00) at Queens LIC’s The Creek upstairs theatre hosted by Robert Dean: The Dean’s List

[TOP PICK] 8:00 pm ($10): Some of the finest improvisors in NYC—Fran Gillespie (The Law Firm), Amey Goerlich (Krompf), Silvija Ozols (The Stepfathers), Sasheer Zamata (Doppelganger), Dan Hodapp (The Scene), Oscar Montoya (Local 154, Aquarius), and Chris Roberti (Stranger) —get together for one night only to perform a fundraiser for dog rescue and adoption at The PIT upstairs theatre: Pups at the PIT

[TOP PICK] [FREE] 8:00 pm: NYC treasure Kurt Braunohler is the producer and host of this comedic “anti-game-show” game show that will soon be a TV series on IFC. It  involves three comedic contestants being asked ridiculous questions so they can provide even more ridiculous answers. The winner, judged by Kurt, is then awarded points—which are meaningless, because no one ultimately wins and there are no prizes. Being taped tonight at Brooklyn’s Littlefield (622 Degraw Street), it’s Bunk

[FREE] 8:00 pm: “Okay—this is a big deal…but I can’t tell you who is on it. It’s a secret. The lineup is so talented that we cannot reveal their identities lest we be mobbed and pestered before the event. Treat yourself, you deserve to see comedy history.” Your guess is as good as mine regarding this mysterious show at Queens LIC’s The Creek upstairs theatre, hosted by who knows who: Secret Stand-Up Showcase

8:30 pm ($5): In this double-bill, each of two of The Magnet’s singing improv troupes will make up a musical on the spot based on an audience suggestion: Rosencrantz and BEEES!

9:00 pm (no cover, 1-item min.): NYC stand-ups (not yet announced) performing at Luca Lounge(222 Avenue B off 14th Street) hosted by twins Adam & Todd Stone, who for this weekly show leave behind their trademark suits: Jackets Off

This entry was posted on Tuesday, January 31st, 2012 at 8:39 am and is filed under Best New York Live Comedy Shows. You can follow any responses to this entry through the RSS 2.0 feed. You can leave a response, or trackback from your own site.