New Yorker editor David Remnick hosts a panel of the renowned magazine's newest cartoonists at The Future of Funny... 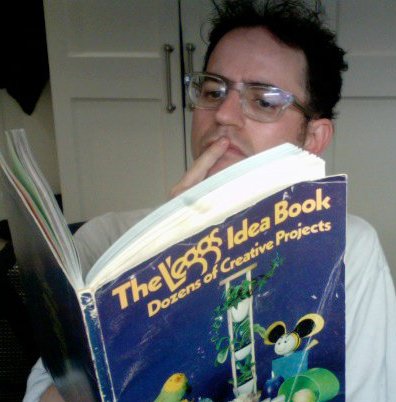 ...and true tales of young romance doomed to failure, accompanied by songs & piano music from the irresistible Camille Harris, at My High School Boyfriend Was Gay

[FREE] 6:30 pm: Open-mic storytelling, with each of the four audience members chosen from the bucket of names getting to tell tales for 7 minutes each at The PIT downstairs lounge along with host Jake Hart: Storytelling Jam

[MEGA-TOP PICK] [FREE; but only a few tickets left, so show up way early if you want to get in…] 7:00 pm: David Remnick, Editor of The New Yorker, hosts a showcase of the beloved magazine’s newest cartoonists at the Highline Ballroom (431 West 16th Street): The Future of Funny

[TOP PICK] 8:00 pm ($5): At UCB Chelsea, first up is a witty and ultimately exhilarating exploration of baring it all by fabulous long-time nudist Julia Wiedeman (who I had the great fortune of seeing about a decade ago as she walked around with zero clothing, like a glorious tigress, in broad daylight on the streets of the East Village): Naked People…

…and in the second half of this double-bill, a one-woman show by Sue Smith about anger, directed by the always inventive and delightful Laura Grey: Minimum Rage

8:30 pm ($5): At The Magnet, a mini-play from Chris Nester & Ross Taylor about aspiring Country Western musicians: The Oakwood Boys; and in the other half of this double-bill, Kevin Cobbs & Alessandro King perform sketch or improv set in old-time Hollywood: Listen, Kid!

[TOP PICK] 9:30 pm ($5): Relentlessly silly Brandon Gulya performs a one-man sketch show that’s at times hilarious (the restaurant bit is an instant classic) but other times settles too quickly for the lightweight (the “does she like me” diary). A lot more hard, disciplined work is needed before his show’s title comes true; but this is a promising start from a comic with a unique and memorable style, genuine potential, and the faith that Brandon Gulya Will Be Famous Soon…

…and in the other half of this UCB East double-bill, Inspired by the popular blog My High School Boyfriend Was Gay, this superb show “celebrates our most tragic, hilarious, and heinous teenage memories, full of chaste hugs, Grease sing-alongs, and trips to the stage door to accost the cast ofRent,” with true stories tonight from Brian Fass (The Law Firm), Tricia Olds (Viralcom), and H. Alan Scott (stand-up and ace baker) hosted by Damian Bellino and the super-delightful Camille Harris (whose piano playing and singing will make you grin and dance in your seat): My High School Boyfriend Was Gay

9:30 pm ($5): Two UCB Chelsea house sketch troupes try out fresh material: Gramp’s (which was the best sketch troupe at UCBT when spearheaded by Kate McKinnon—who’s now living in LA—but hopefully will get back to glory with the recent addition of such talents as Laura Grey, Abbi Crutchfield, and Don Fanelli) and Onassis (which has seldom been strong on the writing side but includes such talents as Lauren Conlin Adams): Maude Night: Gramp’s and Onassis

[TOP PICK] [FREE] 11:00 pm: Some of the finest comics in the world—who haven’t been announced yet for tonight, but you can check for an update by clicking here—performing at UCB Chelsea and possibly hosted by comedy genius Chris Gethard: Whiplash

[FREE] 11:00 pm: If you’re an audience member who loves stand-up, Monday at 11 should beWhiplash! night (see listing above). If you’re a comic who couldn’t get booked on UCBT’s all-star show, though, you can opt to instead practice your skills at this stand-up open-mic at The PITupstairs theatre hosted by Michelle Wolf and the hilarious Erin Lennox (for a sample of Erin’s dynamite Seriously Sports show, please click here): Fresh