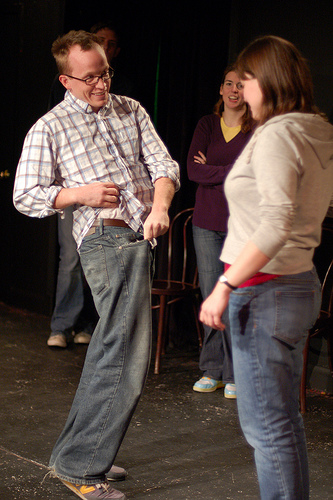 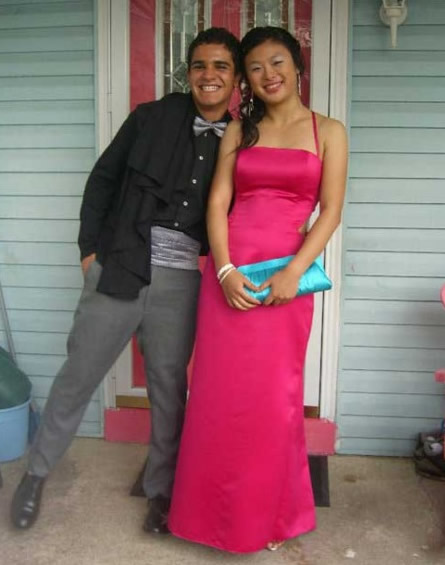 …and “Stephen was attracted to Danielle’s bold use of color and risk taking!” is just one example of what you’ll experience at the invaluable monthly show My High School Boyfriend Was Gay

7:00 pm ($8): “What really goes on inside the mind of an 11-year-old girl from Long Island who’s obsessed with sleepaway camp, Madonna, and everything that her sexually promiscuous older sister does?” A one-woman show by Ali Bernstein: J.A.P.

[TOP PICK] 8:00 pm ($5): Inspired by the popular blog My High School Boyfriend Was Gay, this superb show at UCB East “celebrates our most tragic, hilarious, and heinous teenage memories, full of chaste hugs, Grease sing-alongs, and trips to the stage door to accost the cast of Rent,” with true stories tonight from Sharon Spell (host of The Big Shrink), David Smithyman (We’re Nice People), Michael Hartney (So I Like Superman: A One-Nerd Show), and “special guests,” with hosts Damian Bellino, and the super-delightful Camille Harris whose piano playing and singing will make you grin and dance in your seat: My High School Boyfriend Was Gay

[TOP PICK] 8:00 pm ($10): This show begins with a delightful concept—Top Gun performed as if written by William Shakespeare—and then executes it with the joyful craft only a sharp, tight theatrical ensemble can create. Everyone in the cast is terrific, but among the most memorable are Dan Hartley as Maverick, and Vayu O’Donnell who steals every scene he appears in with his hilariously deadpan delivery as Iceman. While this is playing at The PIT upstairs theatre for a mere $10, it’s really legit Fringe theatre, and I hope it eventually makes its way to FringeNYC or Edinburgh—or better yet, develops more songs and gets a commercial run as a musical. Meanwhile, don’t miss this opportunity to see a way fun parody of a cult classic for about half of what you oughta be paying: Jester’s Dead

[TOP PICK] 9:30 pm ($5): Two UCB Chelsea house sketch troupes try out new bits: Fambly (which includes wonderful rising star Mamrie Hart, Nicole Byer, Dan Chamberlain, Veronica Osorio, and a sharp crew of writers), and Neighbor Boy (which tends to be weak on material, but includes such talents as Tim Dunn and Beth Appel, and may get a shot in the arm with the addition of writer Caitlin Bitzegaio): Maude Night: Neighbor Boy & Fambly

9:30 pm ($5): The debut of the only open-stage show for entire groups of improvisors and sketch comics, running weekly at UCB East hosted by Austin Rodrigues: Bring Your Own Team: Improv/Sketch Team Jam

[FREE] 10:30 pm: Karaoke plus Mad Libs—in which the audience chooses a list of words to swap into a popular song—at the UCB East Bar hosted by karaoke experts Alan Starzinski and Amy Jo Jackson, plus live keyboard accompaniment by Joe McGinty: Karaoke Night at the Hot Chicks Room

[TOP PICK] [FREE] 11:00 pm: Some of the finest comics in the world—who are no longer being announced in advance, but it’s virtually always a great lineup—at UCB Chelsea hosted by someone wonderful (while usual wonderful host Leo Allen is in LA): Whiplash

[FREE] 11:00 pm: If you’re an audience member who loves stand-up, Monday at 11 should be Whiplash! night (see listing above). If you’re a comic who couldn’t get booked on UCBT’s all-star show, though, you can opt to instead practice your skills at this exceptionally supportive stand-up open-mic at The PIT upstairs theatre hosted by Jared Reed: Fresh