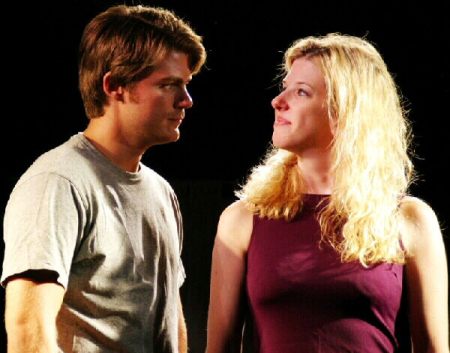 On this final day of FringeNYC 2012, Ashley Wren Collins shows off her comedic powers, and more, in polished and consistently fun musical comedy “Mother Eve’s Secret Garden of Sensual Sisterhood”…

…and it’s your last chance to be a winner by catching FringeNYC’s amazing Japanese dark fantasy comedy before it moves on to Canada for its world tour: “Hanafuda Denki—A Tale of Playing Cards”

[TOP PICK] 1:30 pm ($10): One of the most acclaimed improv duos in the country discuss the art and craft of what they do at The PIT upstairs theatre: A Conversation About Improv with TJ & Dave

[MEGA-TOP PICK] [$] 2:00 pm; but you should ideally arrive by 1:45 pm for the pre-show ($18): A spectacular dark fantasy comedy that’s my second favorite show at FringeNYC 2012 (out of the 55 I’ve caught so far): colorful, dream-like, overwhelming, and like nothing else you’re likely to see anywhere. It’s from an all-Japanese troupe (with easy-to-read English subtitles projected on the wall); and kudos to FringeNYC for bringing this amazing show to New York. Don’t miss your last chance to see it (before this production’s world tour moves on to Canada), today at 2:00 pm at the HERE Theatre Mainstage (145 Sixth Avenue; take the C/E subway to Spring Street): Hanafuda Denki: A Tale of Playing Cards—Are You a Winner or a Loser in This Life-and-Death Game?

[TOP PICK] [$] 2:00 pm ($18): An award-winning musical that’s one of the most polished comedies at this year’s FringeNYC, and which showcases quadruple-threat talent and star Ashley Wren Collins and a terrific mostly-gal cast, running today at 2:00 pm at The Players Theatre (115 MacDougal Street, between West 3rd Street and Bleecker): Mother Eve’s Secret Garden of Sensual Sisterhood

[FREE] 6:00 pm: “Are ready for something sweet and something spicy? Long form improv that will satisfy your hunger” hosted by sharp UCBT comic Andy Rocco at The Creek upstairs theatre in Queens’ Long Island City: The Candy Taco Improv Hour

6:30 pm ($5): A one-woman show at The Magnet about how “Molly Marjorie Rosenblatt is in New York and her musical theater career isn’t taking off. She doesn’t have a job, but thinks finding a boyfriend will make life easier. Learn how she comes into her own as a broke and unemployed hot mess living in Queens through Facebook stalking, online dating, and adventures in Brooklyn. Told primarily through original songs (music and lyrics by Mallory Schlossberg, arrangements by Joel Esher), and directed by Jen Sanders: Molly Marjorie Rosenblatt Needs A Man

7:30 pm ($5): Improv troupes not affiliated with any comedy school compete at UCB East for audience laughs and votes—and the privilege to go on to perform at the primary Cage Match show at UCB Chelsea—in this show hosted by the delightful Amey Goerlich & R an Karels (Krompf): Indie Cage Match

8:00 pm ($8): Improvised episodes of the never-made third season of Twin Peaks at The PIT’s upstairs theatre: In These Woods