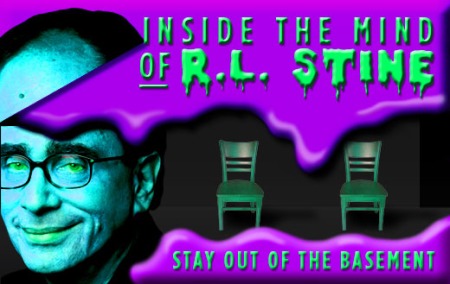 The PIT offers a sharp mix of improv and sketch tonight: At 9:30, top author R. L. Stine is interviewed and then has his material turned into improv scenes at Inside the Mind of R. L. Stine… 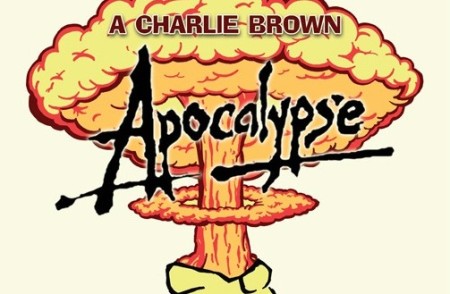 …and at 8:00 upstairs, Top Gun goes Shakespearean in the cleverly executed Jester’s Dead

[TOP PICK] [$] 3:00 pm ($65): This isn’t pure comedy, but an enchanting hodgepodge of original tall tales fueled by laughs. The 2-hour play from the wonderful guys of PigPen blends shadow puppetry, songs, inventive staging, and more to create living dreams. For my review of PigPen’s two previous shows at FringeNYC, please click here and here. This newest work is their most ambitious, and that sometimes results in the story feeling too slow or padded; but it also yields a deeper emotional payoff. And even though not all the bits hit the mark, so many of them do that you’re likely to feel satisfied—and missing PigPen’s world after the show is over. The production is at The Gym at Judson (243 Thompson Street) through November 26th: The Old Man and the Moon

[FREE] 6:00 pm: A smorgasbord of of stand-up, comedic music, comedic dance, sketch, and more at The Creek upstairs theatre in Queens’ Long Island City: Mishmash Variety Hour (and a Half)

[FREE] 6:30 pm: Open-mic stand-up, with 3 minutes per comic (unless not many folks show up, in which case there’ll be more time), with names drawn out of a bucket at UCB East in the bar area (“Hot Chicks Room”) hosted by Emmy Blotnick, Matt Nedostup, and/or Sachi Ezurafor: Sledgehammer

[TOP PICK] 7:00 pm ($8): “Musical sketch comedy that skewers and dissects pop culture one roll of the dice at at time” at The PIT upstairs theatre: Pop Roulette

[MEGA-TOP PICK] [$] 7:30 pm ($20): The return of one of the funniest comedies—and finest comedic ensembles—to grace New York, and what ended up as the very best show of this year’s FringeNYC Festival, playing at the Soho Playhouse’s upstairs theatre. Please read my review by clicking here, and then take advantage of this opportunity to see the Chicago-based 5 Lesbians Eating a Quiche

7:30 pm ($5): Improv troupes not affiliated with any comedy school compete at UCB East for audience laughs and votes—and the privilege to go on to perform at the primary Cage Match show at UCB Chelsea—in this show hosted by the delightful Amey Goerlich & R an Karels (Krompf): Indie Cage Match

[TOP PICK] 8:00 pm ($10): This show begins with a delightful concept—Top Gun performed as if written by William Shakespeare—and then executes it with the joyful craft only a sharp, tight theatrical ensemble can create. Everyone in the cast is terrific, but among the most memorable are Dan Hartley as Maverick, and Vayu O’Donnell who steals every scene he appears in with his hilariously deadpan delivery as Iceman. While this is playing at The PIT upstairs theatre for a mere $10, it’s really legit Fringe theatre, and I hope it eventually makes its way to FringeNYC or Edinburgh—or better yet, develops more songs and gets a commercial run as a musical. Meanwhile, don’t miss this opportunity to see a way fun parody of a cult classic for about half of what you oughta be paying: Jester’s Dead

[TOP PICK] 8:00 pm ($5): “It’s Judgment Day, and Chuck Black can’t wait to meet Jesus! But things seem to go terribly awry when he has a crisis of faith. Who can blame him? All his pals seem a bit more interested in getting presents from ChristCo than trying to save their souls. And don’t even get Chuck started on Mocha Mint Mel, the know-it-all atheist with two moms.” This mini-play by Matt Fried is at The PIT downstairs lounge: A Charlie Brown Apocalypse

[$] 8:00 pm ($32.75 & 2-drink min.) A stand-up who’s starred in his own Comedy Central Presents special, is a cast member of the NBC sitcom Whitney (starring the wonderful Whitney Cummings), and has performed on Showtime’s Live Nude Comedy (to view his set, please click here) and TBS’ Glory Daze, headlining one last night at the Carolines Comedy Club: Chris D’Elia

[TOP PICK] 9:30 pm ($10): How cool is this? Mega-bestselling author R. L. Stine (Goosebumps) is interviewed by Dave Herman, and then reads passages from his books—as springboards for improvised scenes from a small mob of comics,  including Dan Hodapp, Julie Sharbutt, Keisha Zollar, Steve Soroka, Micah Sherman, Brigid Boyle, Cathleen Carr, Abbi Crutchfield, and more. The awesomeness happens at The PIT upstairs theatre: Inside the Mind of R. L. Stine