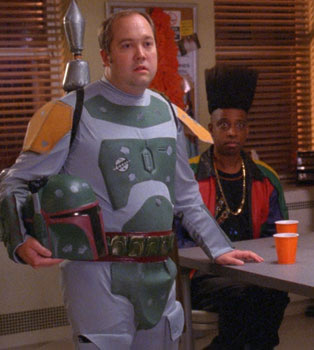 …and rising stand-up star Dan St. Germain headlines for one night only at Carolines

[TOP PICK] 7:00 pm ($5 at the door or $6.17 online): TV & Broadway stand-up star Colin Quinn performs a brand new show looking at US history “from the Founding Fathers to the Kardashians” at Queens LIC’s The Creek upstairs theatre: Unconstitutional with Colin Quinn

[TOP PICK] [$] [DISCOUNTED] 7:30 pm ($7.37 if you use code BREAKOUT online or by phone, plus 2-drink min.) A quick-witted & enormously likeable rising star who’s performed on Jimmy Fallon, The Electric Company, MTV, and VH1 headlines tonight, with openers Eli Sairs and Taylor Ketchum, for one night only at the Carolines Comedy Club: Dan St. Germain

8:00 pm ($5): Brent Sullivan presents fake profiles he used to communicate via social networks with people he’d normally be terrified to contact at Profiles in Cowardice

[TOP PICK] [$] 8:00 pm ($65): This isn’t pure comedy, but an enchanting hodgepodge of original tall tales fueled by laughs. The 2-hour play from the wonderful guys of PigPen blends shadow puppetry, songs, inventive staging, and more to create living dreams. For my review of PigPen’s two previous shows at FringeNYC, please click here and here. This newest work is their most ambitious, and that sometimes results in the story feeling too slow or padded; but it also yields a deeper emotional payoff. And even though not all the bits hit the mark, so many of them do that you’re likely to feel satisfied—and missing PigPen’s world after the show is over. The production is at The Gym at Judson (243 Thompson Street) through November 26th: The Old Man and the Moon

[TOP PICK] 9:30 pm ($5): “It’s Judgment Day, and Chuck Black can’t wait to meet Jesus! But things seem to go terribly awry when he has a crisis of faith. Who can blame him? All his pals seem a bit more interested in getting presents from ChristCo than trying to save their souls. And don’t even get Chuck started on Mocha Mint Mel, the know-it-all atheist with two moms.” This mini-play by Matt Fried is at The PIT downstairs lounge: A Charlie Brown Apocalypse

[TOP PICK] [FREE] 11:00 pm: As many as a dozen guests packed into 75 minutes performing stand-up, improv, sketch, and occasionally acts that defy categorization. The level of talent can vary wildly, but for some (like me), that’s part of the laid-back fun; and this is often one of the most amazing comedy shows in town. (Tonight’s scheduled performers include Matt Koff, Julia Wiedeman, Adam Conover, and guest host Charla Lauriston; for the complete lineup, please click here.) Come support the experimentation, and periodic magical surprises, that this uniquely organic rollercoaster of a weekly show at UCB Chelsea makes possible—and don’t forget to toss $1 in the bucket on your way out: School Night

11:00 pm ($5): “All the precious post-election information you’ve already heard. Watch as your favorite news stories and pieces of politico come to life all over again, a full week after the Presidential Election” at The PIT downstairs lounge: An Hour of Hindsight