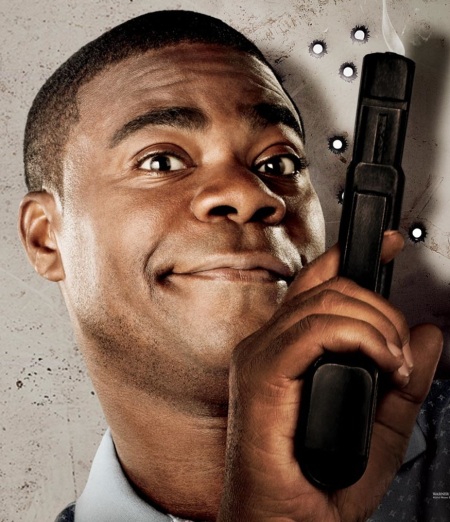 7:00 pm ($8): An improvised musical made up on the spot at The PIT upstairs theatre by  The Shady Bunch

[TOP PICK] [$] 7:30 pm ($60 & 2-drink min.): A former co-star of 30 Rock who’s one of the most hilarious guys in the biz headlining tonight through Sunday at the Carolines Comedy Club: Tracy Morgan

[TOP PICK] 8:00 pm ($5): At the UCB Chelsea theatre, a one-man show by Arthur Meyer (writer/performer for Jimmy Fallon; David Letterman; sketch groups Pangea 3000, Fambly, Two Fun Men) that features some hilarious songs, especially the last one that’s a show-stopper homage to what rock ‘n roll is all about: Arthur Meyer: Rock and Roll

[FREE] 8:00 pm: A monthly stand-up show that features free cotton candy (“You will laugh and then have a sugar crash”) at The Creek upstairs theatre in Queens’ Long Island City hosted by Abigoliah Schamaun & Matteo Lane: Free Cotton Candy

[$] [DISCOUNTED] 9:00 pm (FREE TICKETS if you reserve in advance by calling (212) 260-2445 and mention HyReviews.com, but there’s still a 2-drink min. per person): Rachel Feinstein (finalist on Last Comic Standing; Comedy Central, HBO, The Apprentice, opens for Sarah Silverman on tour), Marc Theobald (Comedy Central), and more performing stand-up at the only comedy club in the East Village: Eastville Comedy Club

[TOP PICK] 9:30 pm ($5): A night of musical comedy for Jews based around the theme “Suck It, Christmas (A Chanukah Album)” hosted by Rachel Bloom (Robot Chicken) and Dan Gregor (How I Met Your Mother) with musical guests and storytellers at the UCB Chelsea theatre: Suck It, Christmas: A Musical Jewtacular

[TOP PICK] 9:30 pm ($8): Reportedly talented improvisors aim to create terrible improv on the theory that bad = funny. “This show explodes the notion that rules must be followed, intelligence should be applied, and that just because you’re talking to your Mom in a scene it doesn’t mean that she’s not a space chicken. This show will not be fit for children or adults” at The PIT downstairs lounge: The Worst Improv Show

[TOP PICK] 11:00 pm ($5): In celebration of the holidays, improvised Jews battle improvised Christians for supremacy—via audience laughs and votes—at UCB Chelsea. Overall, history favors the Christians. But this is New York, where Jewish comics may well have the edge. There’s no telling what will happen…which is one of the great pleasures of the extravaganza Cage Match: Jews Vs. Christians

This entry was posted on Thursday, December 26th, 2013 at 8:22 am and is filed under Best New York Live Comedy Shows. You can follow any responses to this entry through the RSS 2.0 feed. You can leave a response, or trackback from your own site.