If you missed Will Ferrell do a priceless bit on @midnight, click here 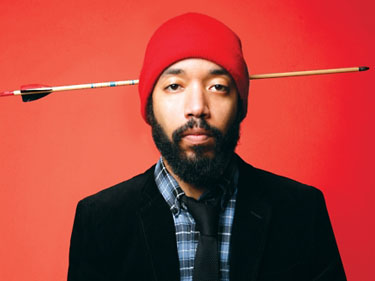 …and Michelle Buteau headlines at 10:00 pm at Carolines

[$] [DISCOUNTED] 7:00 pm & 9:00 pm & 11:00 pm (FREE TICKETS if you reserve in advance by calling (212) 260-2445 and mention HyReviews.com, but there’s still a 2-drink min. per person): TV & movie star Janeane Garofalo (possibly 9:00 pm only), Christian Finnegan (Conan O’Brien, co-star of TBS’ Are We There Yet?; three Comedy Central specials; MSNBC, VH1’s Best Week Ever, Chappelle’s Show, The Today Show), and more performing stand-up at the only comedy club in the East Village: Eastville Comedy Club

[TOP PICK] 7:30 pm ($10): Comedy genius Shannon O’Neill (breathtakingly innovative, lighting-quick, and fearless improvisor/sketch comic and rising star; The Stepfathers, Diamond Lion) does a show based on nothing but interviews with the audience and sheer guts at the UCB Chelsea theatre: Strangers Wanted with Shannon O’Neill

[$] 7:30 pm ($50.75 & 2-drink min.): A comic who’s been a cast member of MAD TV and The Howard Stern Show, acted in a bunch of feature films, and is currently co-host of FOX News Radio’s The Nick and Artie Show headlining tonight and Saturday at the Carolines Comedy Club: Artie Lange

9:30 pm ($10): Two PIT upstairs theatre improv groups making up a musical on the spot, one with sharpness and the other with a friendly greeting: Dagger and Hello

[TOP PICK] [$] 10:00 pm ($31.25 & 2-drink min.): A comic who’s been a cast member of FOX’s Enlisted, and performed on Comedy Central, Last Comic Standing, and Craig Ferguson headlining for one night only at the Carolines Comedy Club: Michelle Buteau

[MEGA-TOP PICK] 11:00 pm ($5): I’m not sure he’s in NYC tonight, but one of the finest improvisors alive, Joe Bill (Bassprov, iO, co-founder of the Annoyance Theatre) will either personally spearhead or lead in spirit a breathtakingly brilliant group of improvisors from Chicago and New York who will blow the roof off The PIT downstairs lounge with lightning-quick dark comedy unlike anything else in NYC. The other superb players typically are Doug Stoley (Conan O’Brien, The Scene), Amey Goerlich (Indie Cage Match, Krompf, The Scene), Jodi Lennon (Exit 57, Annoyance Theatre), Jed Resnik (Annoyance Theatre, UCB), Silvija Ozols (The Stepfathers), Betsy Stover (UCB), Ari Voukydis (VH1’s Best Week Ever, UCB), Russ Armstrong (iO Chicago, The Magnet), Micah Sherman (Second City, co-host of The Scene, host of Fun), Rick Andrews (Magnet teacher/performer), and Michael Burton (Act One, The Magnet), all declaring Chica Go-Go

Midnight ($7): The debut of a comedy talk show—which unwisely has neglected to identify the guests or hosts—at The Magnet theatre: NYC Up Late

11:00 pm ($10): PIT students selected at random mix it up with improv veterans at The PIT downstairs lounge: The Draft

[TOP PICK] [FREE] Midnight: Pot stand-up from “highly talented comics who have been highly recommended from people who are thought highly of in the business. Oh, and they’ll be high” at Queens LIC’s The Creek upstairs theatre hosted by Clayton English & Noah Gardenswartz: High Five