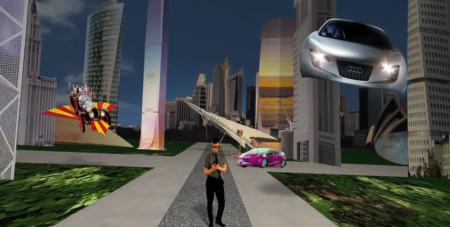 [TOP PICK] 7:30 pm ($10): Stone Cold Fox is the only sketch group (vs. improv group) to ever be honored with an ongoing spot on the prestigious UCB Chelsea weekend schedule. It’s earned this slot because its writers (who include stellar comics Brandon Gulya and Silvija Ozols) are terrific, and its cast is superb: Brandon Scott Jones, Molly Lloyd, John Murray, Leslie Meisel, Connor Ratliff, and Johnathan Fernandez. (If you’re in the industry, hire them.) Enjoy this new collection of sketches from these sexy performers (which I hope to finally catch tonight): Stone Cold Fox: Sexy Idiots

11:30 pm ($5): Veteran improv group Hello Laser performs The Snapshot, “an original form that explores the often bizarre and always hilarious avenues born from a single frozen moment” while celebrating the birthday of one of its members at The Magnet theatre: Hello Laser: Alex Marino’s Birthday Spectacular

Midnight ($5): “A live monthly comedy game show in which three contestants participate in a battle of wits and knowledge for the chance to win a grand prize of 20 American dollars” at UCB East hosted by Ryan Simmons: Everyone’s Favorite Game Show