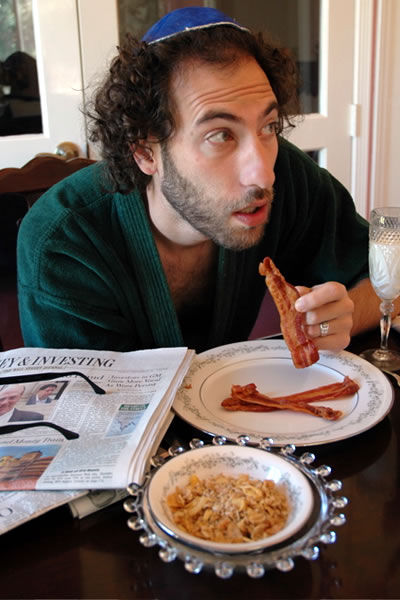 …Brody Stevens, and many more at Frantic Mondays

…and in the second half of this double-bill, duo sketch from Keith Kingbay & Jesse Neil in The Keith & Jesse Show

8:30 pm ($7): Political comic Jamie Kilstein (Conan O’Brien, CNN, MSNBC, Showtime, Citizen Radio) performs stand-up, and then leads his friends springboarding improv scenes off of “social and political stories from the lives of audience members” at The Magnet theatre: A People’s Guide to Comedy

[TOP PICK] 9:30 pm ($5): At UCB Chelsea, charismatic performer Jonathan Braylock performs a series of sketches on “the ins and outs of the African American experience:” The Black Experience with Jonathan Braylock…

…and in the second half of this double-bill, sketch comedy from Matt Porter & Charlie Hankin as duo Good Cop Great Cop

[MEGA-TOP PICK] [FREE] 11:00 pm: Some of the finest comics in the world—who aren’t announced in advance, but it’s usually a great lineup and often an extraordinary one—at UCB Chelsea typically hosted by Leo Allen or someone else wonderful: Whiplash