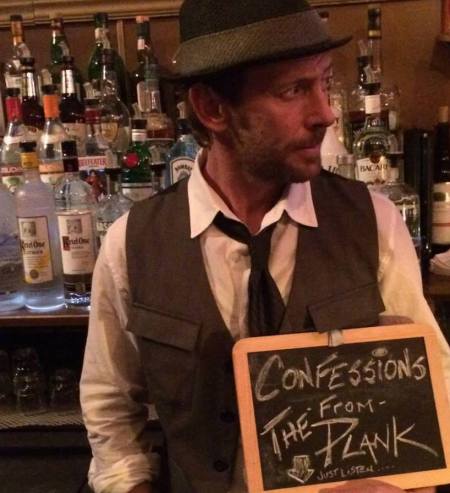 …and brilliant actor PJ Sosko ia among the 100 comedic solo performers, with each show only $5, at the Second Annual Solocom

[TOP PICK] Noon-1:00 am ($5 per show): Over 40 solo writer/performers put on shows today—including the wonderful PJ Sosko at 5:50 pm—at The PIT upstairs theatre and downstairs lounge, running from noon till around 1:00 am, for Day #2 of NYC’s only festival devoted to comedic one-person shows: Second Annual Solocom

[TOP PICK] 11:30 pm ($5): Sketch comedy that aims to have you “laughing until blood pours out of your throat and eyes and you die and you go to hell and you’re like ‘god damn that was worth it!’ to Satan and he’ll be like ‘Yeah, I know, I was there, it was dope'” at the UCB East theatre: O.S.F.U.G. A Fast Fuckin’ Sketch Show

[TOP PICK] Midnight ($5): Brandon Gulya and dozens of comics attempt to break the Guinness record for shooting a feature film super-quickly and tonight screen the results at the UCB Chelsea theatre: Movie Cram