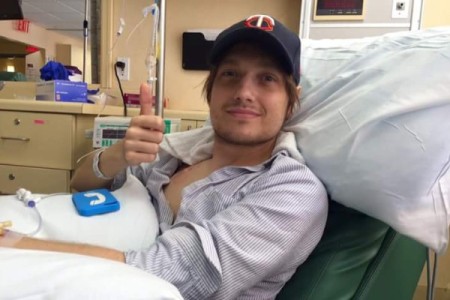 The NYC comedy community comes together to create this fundraiser for Erik Bergstrom (cartoonist/author of Grimmer Tales, The New Yorker, blogger for Comedy Central), who is successfully combating Stage 4 Classical Hodgkin’s Lymphoma. “Erik has been out of work for all of 2015 and the bills are piling up. Please join us as we bring our favorite 100 comics performing their favorite one liners:” A Night of 100 One-Liners: A Bergstrom Homage (8:00 pm; $32.04 in advance online or $30 at the door (if it’s not already sold out), which includes an open bar; The Creek upstairs theatre at 10-93 Jackson Avenue)

[TOP PICK] 9:00 pm ($5): You and the rest of the audience, plus host Jose Acevedo, make a guest answer every fucking question you all can think of at Brooklyn’s The Annoyance Theatre (367 Bedford Avenue; take J/M/Z to Marcy Avenue or L to Lorimer Street): Every Fucking Question

[TOP PICK] 11:00 pm ($5): Leslie Meisel & Kate Zelensky chose UCB comics to write sketches for the opposite sex, then cast and directed the scripts. Tonight’s show is the result of this fun experiment at the UCB Chelsea theatre: He Said, She Said: A Sketch Show

[TOP PICK] 11:15 pm ($5): The first round of a beloved annual November tradition at UCB East hosted by Pat Baer: 3-on-3 Improv Tournament