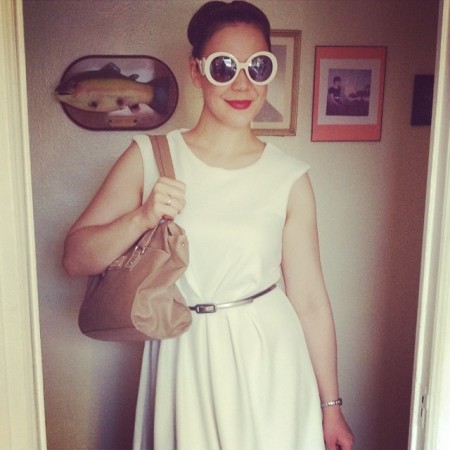 [TOP PICK] 6:00 pm to MIdnight ($40 for all-festival pass guarantees you admittance to any and all shows during the festival): Over 15 hours of improvisation at The PIT upstairs theatre, downstairs lounge, and loft—including such notable shows as Stonehenge, Brian McCann, X Plus One, and The Island—for this 2nd day of the 5-day 2015 NYC Improv Festival

[$] 7:30 pm ($38.25 & 2-drink min.): Saturday Night Live’s Jay Pharoah does stand-up and performs his full range of characters (“on SNL I don’t do white people, but if you break me in half like a coconut, white just spills out”) headlining tonight through Sunday at the Carolines Comedy Club: Jay Pharoah

7:30 pm ($5): Storytellers team up into two duo teams (a total of four comics) and then compete for audience applause at Astoria Queens’ QED: A Place to Show & Tell (27-16 23rd Avenue) hosted by Tim Unkenholz & Liz Phillips: The Rivalry

[TOP PICK] 8:00 pm-Midnight ($10 for the entire evening): Two veteran house improv groups, art-inspired improv from The Forgers Guild, themed improv show Hall of Mirrors (“every piece of this show reflects back some facet of every other piece, revealing the strange and spooky undercurrent of meaningful coincidence that might just underpin the universe as we know it”), and improv competition Inspirado, all for just $10 at The Magnet theatre: The Magnet’s Thursday Night Out

[FREE] 8:00 pm: A monthly showcase of both stand-ups and improvisors at The Creek downstairs lounge in Queens’ LIC (10-93 Jackson Avenue), hosted by stand-up Nick Maritato and improv troupe Priest and the Beekeeper: Pig Pile

[TOP PICK] 9:00 pm ($10): A comedic play written by Ryan Douglass, with a cast of seven directed by Anthony Oberbeck, spun off the fact “someone wrote a script titled Cut-Throat with Charlton Heston in mind for the lead and was able to hand it to him. Not much is known about the script other than Heston’s own belief that it ‘seems to have been written without adequately researching the realities of competition tennis.’ Unfortunately for us and Western culture, the movie was never made. Luckily, Ryan Douglass has written what he thinks that movie was probably about” at Brooklyn’s The Annoyance Theatre (367 Bedford Avenue; take J/M/Z to Marcy Avenue or L to Lorimer Street): Cut-Throat

11:00 pm ($5): NYC stand-ups performing at the UCB East theatre hosted by Brendan Fitzgibbons & Lance Weiss: Gandhi, Is That You?

[ALMOST FREE] 11:00 pm ($1): A supportively silly jam for duo improv (you’ll be paired up on the spot) in which the audience shows “Good Scene!” at the end of every scene at The PIT downstairs lounge hosted by improv group Judith: Good Scene!: A Judith Jam

This entry was posted on Thursday, March 17th, 2016 at 10:47 am and is filed under Best New York Live Comedy Shows. You can follow any responses to this entry through the RSS 2.0 feed. You can leave a response, or trackback from your own site.