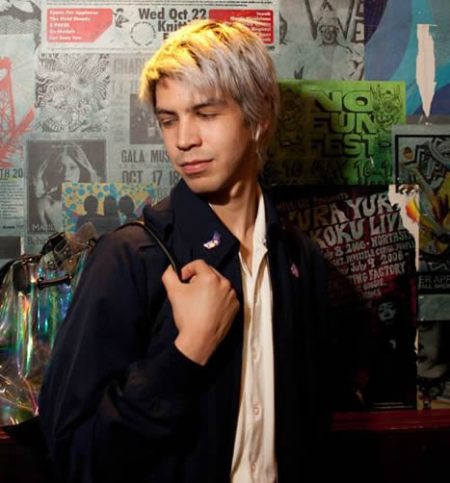 …and Julio Torres—to “take a tour of classic sex education videos, where some of America’s best community theater actors teach our nation’s youth all about puberty, sexual health, and what’s happening down at the STI clinic” at Brooklyn’s Union Hall: The Wonderful World of Boning: Sex Ed With a Sense of Humor (8:00 pm, $8, Brooklyn’s Union Hall at 702 Union Street; take R subway to Union Street)

[TOP PICK] 6:00 pm ($5): A one-woman show by Andrea Katsanakos about “What happens when a single woman cruises the high seas in the name of Rock and Roll? Metal isn’t dead, it lives on cruise ships. Here’s my story with KISS, Motörhead, and many other bands;” plus a one-woman show by Andrea Jones-Rooy about how “after moving to China to be a professor of Political Science at NYU Shanghai, I also got a job as a circus performer at a circus-themed nightclub” at this showcase for new scripted works at The Magnet theatre: Show Offs: Punk Rocker on a Metal Cruise and Double Lives

7:30 pm ($7): Long-form improv that “explores the theme of the puzzle, discovers how scenes intersect each other, and gradually fills in the answers to clues until you’ll say ‘Oooooooh okay, yeah, that was clever'” at The Magnet theatre: The Crossword Puzzle

8:00 pm ($5): A staged reading of a science fiction play by Julia Doolittle in which “The administrator of an illegally hacked MMORPG gets a cease and desist, which threatens to disband the game’s community permanently. To save his players, he’s forced to break the law even further” at The PIT upstairs theatre: username://Prometheus