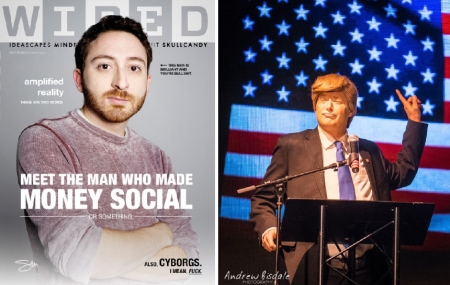 7:30 pm ($5): A weekly showcase for brand new shows—sketch, solo, readings, what have you—this time focused on Math, Science and Humanities at The PIT downstairs lounge hosted by the wonderful Ronny Pascale: Pilot Season

8:00 pm ($5): Improvisors make up scenes with the lights turned off, using everyday objects to add layers of sound—like a radio play created on the spot—at The PIT upstairs theatre (123 East 24th Street): Dim-Prov: Improv in the Dark

8:30 pm ($5): Sharp improvisors and guest improv groups join host Skycopter (which includes the incredible David Carl) to make up one-act plays on the spot at The PIT downstairs lounge: Act One

9:00 pm ($5): NYC stand-ups each place three of their joke set-ups in a bucket and then fish out the bits of their fellow comics, forcing each comic to make up a set on the spot based on a colleague’s premises at Astoria Queens’ QED: A Place to Show & Tell (27-16 23rd Avenue) hosted by Ben Conrad & Patrick J. Reilly: Multiverse

[TOP PICK] [FREE] 11:00 pm: Stand-ups pair up to brutally insult each other and then be judged for the effectiveness of their viciousness by Mike Lawrence, Big Jay Oakerson, and Yamaneika Saunders, with tonight’s combatants Jono Zalay vs. Doug Smith, Jaqi Furback vs. Jonas Barnes, Evan Jones vs. Joseph Robert, and Brendan Sagalow vs. Brad Stoll, at The Stand Comedy Club (239 Third Avenue, off 20th Street) hosted by Luis J. Gomez: The RoastMasters

[TOP PICK] [ALMOST FREE] 6:30 pm ($1): In this delightful weekly open-mic show, each comic has 3-5 minutes to try out a character-based bit (e.g., for a solo show, sketch, or audition) at The PIT downstairs lounge, typically hosted by Jamie Aderski: Personality Disorder Character Jam