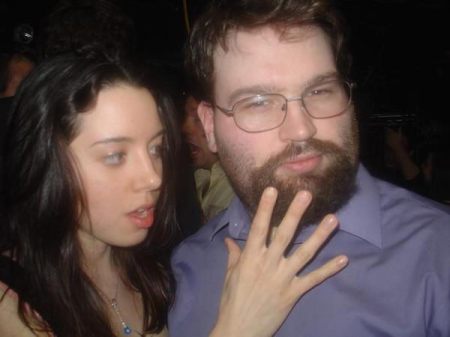 [TOP PICK] [$] 7:30 pm ($10): A fundraiser for Badass Brooklyn Animal Rescue, with stand-up from Colin Quinn, Julio Torres, Will Miles, and Jordan Carlos at Brooklyn’s The Bell House (149 7th Street, between Second and Third Avenues; take the R to 9th Street or the F to 4th Avenue) hosted by Lacey Jeka & Kristen Buckels: Dog Day After Night

[TOP PICK] 7:30 pm ($10): “Created in 1995 at the iO Theater in Chicago, The Armando Diaz Experience is the longest running improv show ever. A guest monologist—who tonight is Robert Weinstein—takes a suggestion from the audience and shares true personal tales. These stories are then brought to life by a rotating cast of improv all-stars” at The Magnet theatre: The Armando Diaz Experience

8:00 pm ($10): In this mini-play, “When the four most qualified (and emotionally unstable) astronauts money can buy crash-land on the moon, they find there are worse things in space than being out of fuel, out of radio contact, and out of luck. Much worse. But at least they still have plenty of Tang” at Brooklyn’s The Annoyance Theatre (367 Bedford Avenue; take J/M/Z to Marcy Avenue or L to Lorimer Street): The Moon Crew

9:00 pm ($10): Comics visiting from Norway team with NYC improvisors to make up holiday scenes at The Magnet theatre: Takks-Giving

[TOP PICK] 10:30 pm ($10): Long form improv about the behavior of a theatrical troupe both on-stage and off-stage, revolving around a different show biz theme each week—which tonight is Family Drama—at The Magnet theatre: The Cast: Family Drama Edition

10:30 pm ($5): Probable wackiness at this “prime opportunity to get some work done in a no-nonsense, comedy-free environment without any interruptions. Hosted by Justin Linville, this show is a public-service to all who can not find a quiet place to just sit and work for a minute. So bring your laptop and some noise-canceling headphones because we’re going to get. down. to it” at Brooklyn’s The Annoyance Theatre (367 Bedford Avenue; take J/M/Z to Marcy Avenue or L to Lorimer Street): Office Hours

Midnight ($5): Sketch groups We Did It! and Chillville compete for audience laughs and votes at UCB Chelsea hosted by Alden Ford and Justin Tyler: Backyard Brawl

[FREE] 6:00 pm: Put your name in a bucket for this open mic for stand-up, sketch, music, or anything else you want to work out on stage at Brooklyn’s The Annoyance Theatre (367 Bedford Avenue; take J/M/Z to Marcy Avenue or L to Lorimer Street) hosted by Josh Bates & Brian Pisano: Make Out Party: An Open Mic

[MEGA-TOP PICK] [$] [DISCOUNTED] 7:30 pm, or 4:30 pm on Sundays, through 1/8/17 ($28-$48; use code BBOX20 for discounts): Comedy genius Chris Gethard performs his superb one-man show about anger, depression, perseverance, and the healing power of laughter, seamlessly blending stand-up and storytelling in a way that creates a deep, poignant, and hilarious experience at The Lynn Redgrave Theater (45 Bleecker Street, right next to the #6 subway’s Bleecker Street stop): Chris Gethard: Career Suicide

[TOP PICK] [$] 7:30 pm, plus 3:00 pm matinees on Sundays, through 11/27 ($25): UK-based comedy genius Daniel Kitson is briefly gracing us with his presence to gloat about Brexit no longer being the stupidest choice a major country has made in the 21st century (“You seem distracted. Has something happened recently? Maybe you stubbed your toe?”). He’s also here to perform his haunting one-man play Mouse, about which The Scotsman wrote: “There’s no end, let’s face it, to the evolving brilliance of Daniel Kitson, who may have started out in stand-up comedy, but is now one of the most remarkable exponents of solo theatre in the UK, if not in Europe.” To be entirely honest, stand-up at its best is a higher form of art than virtually any kind of theatre, and it saddens me that Kitson has been visiting us for the past few years to perform plays instead of maximizing his gifts as one of the greatest stand-up comics alive. (Imagine Louis C.K. restricting his new works to episodes of Horace and Pete. No matter how great those might be, our losing Louis’ voice as a stand-up would be wrong…) That said, any form of Kitson as brilliant writer/performer is worth experiencing; and while this show at Brooklyn’s St. Ann’s Warehouse (45 Water Street) takes a long, twisty path, its conclusion packs a wallop: Mouse: The Persistence of an Unlikely Thought

[TOP PICK] [$] 7:30 pm weeknights, 5:00 pm matinees this weekend, plus 9:30 pm this Saturday night, through 12/3 ($24.50 online using discount code JOSIE24): One of my favorite comics, Josie Long, is visiting from the UK to perform a blend of storytelling & stand-up through December 3rd that, in the wake of Brexit, is about “wanting more from life than it might be up for giving out.” Josie’s trying to emotionally cope with the far right hijacking her country through outrageous lying and rule breaking, demonstrating that they represent the worst in us rather than the best we’d hope for in our leaders, echoes all that’s happened to Americans since our own recent election. So a small silver lining to Trump’s win is that it’s made Josie’s show utterly relevant to what most New Yorkers are feeling right now… Catch it at The Barrow Street Theatre (27 Barrow Street, just one block from the #1 subway’s Christopher Street stop): Josie Long: Something Better