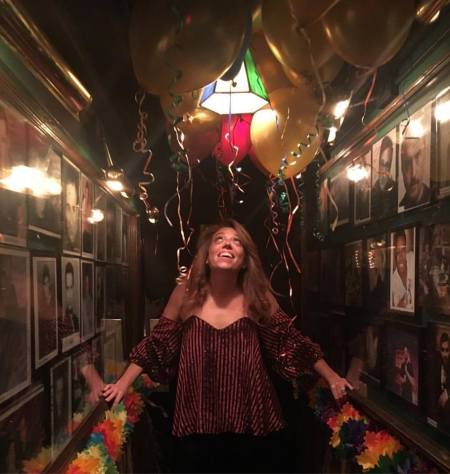 7:00 pm ($5): A dozen PIT comics—who in the past have included Katie Hartman, Keisha Zollar, Sarah Nowak, and many more—each have 5 minutes to perform a solo character piece at The PIT upstairs theatre: The PIT Character Showcase Hour

9:00 pm ($7): Improvisors pair up to make up scenes as duos at The Magnet theatre hosted by Alex Kornfeld & Anna Neu: The Duo Show

9:30 pm ($7): Over a dozen improvisors, including Anthony Atamanuik and Sebastian Conelli, reenact the countdown to 2017 for a former homeless drug addict named Frank the Snitch who now hosts a radio advice show in Seattle and takes care of an aging father the UCB Chelsea theatre: Frank The Snitch’s Rockin’ New Year Holiday Special

9:30 pm ($5): Improvisors who include Ronny Pascale (PIT Associate Artistic Director, co-producer of the superb Unauthorized! series and Solocom) make up plays on the spot based on audience suggestions at The PIT upstairs theatre (123 East 24th Street): Scene Work: Improvised One Act Plays

10:30 pm ($7): Exploring the nuances of nonverbal communication, improvisors perform as quietly as possible at The Magnet theatre: Silence, Please

This entry was posted on Monday, January 2nd, 2017 at 11:51 am and is filed under Best New York Live Comedy Shows. You can follow any responses to this entry through the RSS 2.0 feed. You can leave a response, or trackback from your own site.