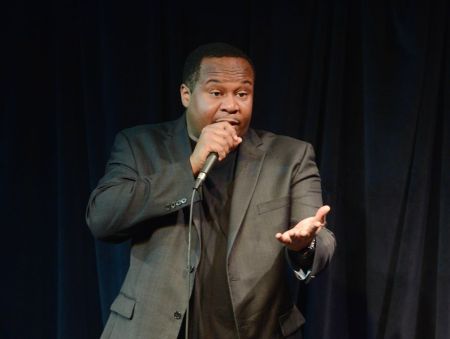 [TOP PICK] 8:00 pm-Midnight ($10 for the entire evening): Four veteran house improv groups, themed improv show In Absenria (a monoscene improvised wake, with a twist), and improv competition Inspirado, all for just $10 at The Magnet theatre: The Magnet’s Thursday Night Out

…and in the second half of this double-bill, a well-meaning but dull parody in which “three sisters must find husbands on the night of Lord Darkcastle’s ball or be doomed to a fate worse than death: spinsterhood:” The Bride of Murdery Heights

8:30 pm ($5): Beth Slack & Brian Hansbury create musical improv about relationships, along with some invited friends, at The PIT Underground: Hansbury & Slack and Friends

[TOP PICK] [$] 9:30 pm ($20): From the team that created the amazing Hold On To Your Butts: Kyle Schaefer, Nick Abeel, Matt Zambrano, and foley artist Blair Busbee create live on stage “a ‘shot for shot’ parody of the first chapter in the most epic fantasy trilogy of all time”—i.e., Lord of the Rings—directed by the highly talented Kristin McCarthy Parker at The PIT Mainstage: Fly, You Fools!

10:00 pm ($5): This inexpensive variety show features improv by groups Snapshirt and The Wrasslers, plus stand-up from Becca Beberaggi, and more, at The PIT Underground hosted by the wonderful Ronny Pascale: The Really, Really Cheap Date Show

[FREE] 10:00 pm: A featured stand-up (not announced) performs a 30-minute set, with a 15-minute opening from another stand-up, plus 15 minutes of jokes & banter from hosts Jenn Welch & Tom Lisi, all at The Creek upstairs theatre in Queens’ LIC (10-93 Jackson Avenue): The Half-Hour Hour

11:00 pm ($7): A variety show that encourages comics to perform whatever they’re most passionate about at the UCB East theatre hosted by Nicole Pasquale: WOKE AF: A Mind-Opening Variety Show

6:30 pm ($3): If you’re a gal who’d like to try stand-up but are wary of being vulnerable in a tough male-dominated room, this show may be the perfect opportunity for you—an all-female open mic, with the first 15 comics to sign up (starting at 5:50 pm) getting 3 minutes each on stage at The PIT Underground: Ladies Night Open Mic

This entry was posted on Thursday, January 5th, 2017 at 12:53 pm and is filed under Best New York Live Comedy Shows. You can follow any responses to this entry through the RSS 2.0 feed. You can leave a response, or trackback from your own site.