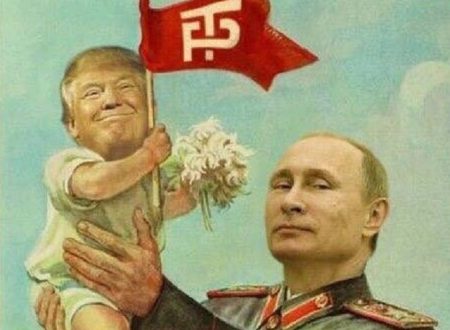 7:00 pm ($5): Comics play characters at The PIT Loft (154 West 29th Street) hosted by Filip Jeremic (Characters Welcome) and Brittany McDonald (BoogieManja): 2017: It Can Only Get Better (Or Worse)

8:00 pm ($5): Comics are paired with artists outside of comedy to create something fresh and vibrant about an assigned topical theme at The PIT Loft (154 West 29th Street): Cross-Current

9:00 pm ($10): A four-guy improv group conducts an in-depth panel discussion of Star Wars and whether the Lucasfim merger with Disney has beneficial to the series as a whole—plus guests performing improv, stand-up, and/or music—at Astoria Queens’ QED: A Place to Show & Tell (27-16 23rd Avenue): No Feelings: Star Wars Edition

[TOP PICK] 9:30 pm ($7): At the UCB Chelsea theatre, Natasha Vaynblat plays motivational speakers, life coaches, and sad sacks on her road to self-improvement: Self Help Your Self, Help! …

…and in the other half of this double-bill, a mini-play “exploring everything you love about karaoke: mediocre singing, friendship, Tsing-Tao, accidental meet cutes, homicidal Korean women, and of course your favorite 90’s jams!”: Let’s Check Out That Karaoke Spot!

10:00 pm ($7): Two sitcom pilots are performed in a staged reading at The PIT Underground: Co-Pilots

[TOP PICK] 10:15 pm ($5): The UCB Touring Company consists of some of UCB’s finest improvisors who show audiences beyond those visiting UCB’s theatres in NYC and LA what improv is all about. For this monthly show, however, the traveling troupe will be strutting its stuff on the UCB East stage: UCB TourCo

11:00 pm ($5): “Improvisers and stand-ups do what they do best…and then switch places to try their hand at what the other does best. Performing to sold out crowds at UCBT-LA, this show is a cross-discipline Cage Match,” with tonight’s stand-ups Clark Jones (Saturday Night Live), May Wilkerson (writer for someecards), and Stavros Halkias, and improv from group Bug Shoes, all performing at UCB Chelsea hosted by Boris Khaykin: Impro(vs)tandup

11:00 pm ($3): Open mic stand-up show, with each comic whose name is selected from a bucket getting on stage for 3-5 minutes (depending on the number of comics) at The PIT Underground: The Camel Butt

This entry was posted on Wednesday, January 25th, 2017 at 4:46 pm and is filed under Best New York Live Comedy Shows. You can follow any responses to this entry through the RSS 2.0 feed. You can leave a response, or trackback from your own site.