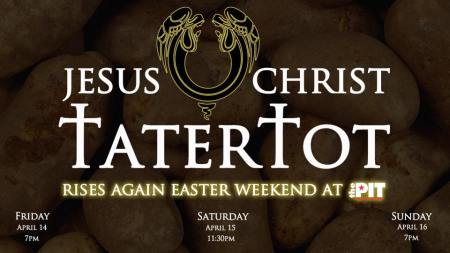 …and “For over a decade, you have been able to count on the UCBW to bring you hot comedy wrestling action each and every Thursday night at Cage Match. For an unprecedented 12th consecutive year, UCBW will present its signature show—the grandpappy of ’em all—WrestleSlamMania XII! Rivalries have been brewing, and everything will come to a full boil when the full roster of UCBW MegaStars appears in the squared circle! Hilarious real wrestling matches live! Get your tickets NOW! Only 14,000 seats available!:” WrestleSlamMania XII (Midnight, $7, UCB Chelsea at 307 West 26th Street)

[$] 6:30 pm ($20): “The first-ever sketch comedy troupe consisting of openly autistic people,” plus comedy giant Charile Todd (Improv Everywhere) and Jamie Lotus, all at The Magnet theatre: Asperger’s Are Us

7:00 pm ($7): “Chris Barlow is the internet’s foremost self-proclaimed Amateur Wine Expert, and after spending a year in the wilderness of the Trader Joe’s Wine Shop he’s back to teach you how to bullshit with the best of them” at The PIT Loft (154 West 29th Street): Chris Tries to Review Wine Live

[TOP PICK] [$] 7:30 pm ($12): Top improvisors Connor Ratliff, Shannon O’Neill, Brandon Scott Jones, and Shaun Diston “talk to one person for less than 10 minutes and let them know how they die 45 minutes later” at the UCB Chelsea theatre: We Know How You Die

7:30 pm ($10): A house sketch group that includes the wonderful Sarah Nowak and is directed by Holden McNeely (Murderfist) performs at The PIT Underground: National Scandal

[$] 7:30 pm & 10:00 pm ($38.25 & 2-drink min.): A former Saturday Night Live star does stand-up and performs his full range of characters (“on SNL I don’t do white people, but if you break me in half like a coconut, white just spills out”) headlining tonight and Saturday at the Carolines Comedy Club: Jay Pharoah

[$] 8:00 pm ($15): A musical parody of the Star Wars movies with periodic solid moments, and that includes superb comics Rebecca Vigil & Evan Kaufman (Your Love, Our Musical), and terrific singer Tarik Davis (whose “bromance” duet with Evan as Finn & Poe is the highlight of the show). Unfortunately, most of the time the script doesn’t quite hit the mark; but if you’re a die-hard fan, you might get a kick out of this production playing through May 6th at The PIT Mainstage: Star Wars: The Farce Awakens

9:00 pm ($10): Eman El Husseini (opens for Patton Oswalt), Chanel Ali (frequent guest on Keith and The Girl podcast), Sarah York (co-host of How to Adult podcast), and more discuss taxes from a feminist point of view at The PIT Underground hosted by Kaitlin Fontana: The Box: Taxed

9:30 pm ($10): Storytellers share tales of relationships in front of a panel of comics and therapy experts, who then give advice, with tonight’s guests Hannah Cowger, Lori Baird, Wilson McDermut, and Marc Gerber at Astoria Queens’ QED: A Place to Show & Tell (27-16 23rd Avenue) hosted by Lynn Bixenspan & Morgan Pielli: Relationshit

[TOP PICK] 10:30 pm ($7): I’m not sure he’s in NYC tonight, but one of the finest improvisors alive, Joe Bill (Bassprov, iO, co-founder of the Annoyance Theatre) will either personally spearhead or lead in spirit a breathtakingly brilliant group of improvisors from Chicago and New York who will blow the roof off The PIT Underground with lightning-quick dark comedy unlike anything else in NYC. The other superb players typically include Doug Stoley (Conan O’Brien, The Scene), Amey Goerlich (Indie Cage Match, Krompf, The Scene), Jed Resnik (Annoyance Theatre, UCB), Silvija Ozols (The Stepfathers), Micah Sherman (Second City, co-host of The Scene, host of Fun), and/or many more, all declaring ChicaGoGo

10:30 pm ($7): Sketch comedy that targets objects of easy comfort, such as “sexist home applicances…piles them in a heap, and sets them on fire” at The PIT Loft (154 West 29th Street): Humpty Dumpster Fire

[TOP PICK] 11:00 pm ($7): Seven singing improvisors use an audience suggestion to create on the spot a full-blown opera—i.e., “an improvised melodramedy where the music never stops”—at The Magnet theater: A Night at the Opera

11:00 pm ($7): “President Trump and President Putin team up to help their public image and showcase their true feelings with a variety of original songs” at The PIT Mainstage: The TrumPutins

Midnight ($7): This monthly storytelling, stand-up, and carny show brings the blog And I Am Not Lying to life on stage, with storytelling from guest host Gastor Almonte (Comedy Central’s This Is Not Happening) and Sydnee Washington, stand-up from Brandon Scott Wolf (contributor to SNL’s Weekend Update; Best Time Ever with Neil Patrick Harris) and Kyle Ayers (written for CBS, Comedy Central, TBS, BBC, The New York Times), and burlesque from Tiny D and Fem Appeal, all performing at the UCB East theatre: And I Am Not Lying

This entry was posted on Friday, April 14th, 2017 at 12:22 pm and is filed under Best New York Live Comedy Shows. You can follow any responses to this entry through the RSS 2.0 feed. You can leave a response, or trackback from your own site.