Please note that these listings are updated frequently (unless I’m overwhelmed with book writing and media producing work, which is the case in October). The best way to be instantly notified about new show postings is to subscribe to my BestNewYorkComedy.com blog and allow for email notifications, and/or to follow me on Twitter (@hybender) or Instagram (@hybenderny).

I’m going to provide (limited) coverage of FringeNYC—including its many comedy shows—for the rest of October, but plan to resume focus on our NYC live comedy scene next month: 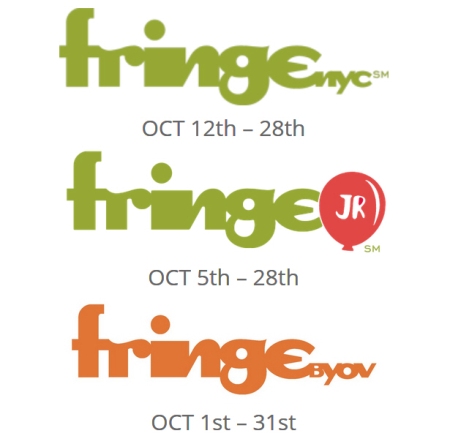 Friday 10/12-Sunday 10/28 (plus outer borough shows 10/1-10/31): My favorite annual NYC event is the New York International Fringe Festival, which has grown to become a major force in New York theatre…and an absolutely wonderful experience for anyone who loves vibrant live shows. The largest multi-arts festival in North America, this 21st annual FringeNYC offers around 80 productions running from October 12th through October 28th at its primary hub in the West Village. In addition, venues in Brooklyn, Queens, Staten Island will be hosting FringeNYC-affiliated shows during the entire month of October. FringeNYC productions run the gamut, including theatrical comedy, theatrical drama, musical, opera, sketch, improv, dance, solo, puppetry, clowning, performance art, and children’s. I won’t be doing my usual comprehensive coverage this go-round (am juggling a lot of professional balls right now), but will provide some guidance as the fest goes on: FringeNYC 2018

This entry was posted on Saturday, October 13th, 2018 at 5:43 am and is filed under Best New York Live Comedy Shows. You can follow any responses to this entry through the RSS 2.0 feed. You can leave a response, or trackback from your own site.