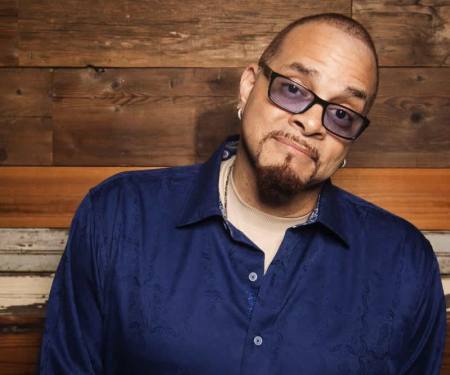 Saturday 1/4: Tonight’s the last chance to catch Sinbad—who in addition to being a movie and TV star was designated by Comedy Central as one of the top 100 stand-ups of all time—perform a deliciously long club set at Carolines, with an opener by Caleb Elliott (High School Musical 1–3 movie trilogy): Sinbad at Carolines (7:30 pm & 10:00 pm; $46.50 plus 2-drink min.; Carolines Comedy Club at 1626 Broadway, between 49th and 50th Streets) 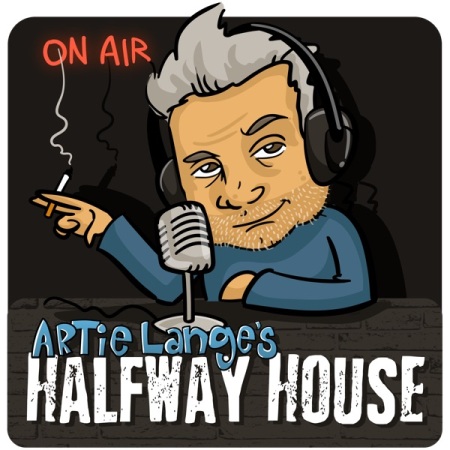 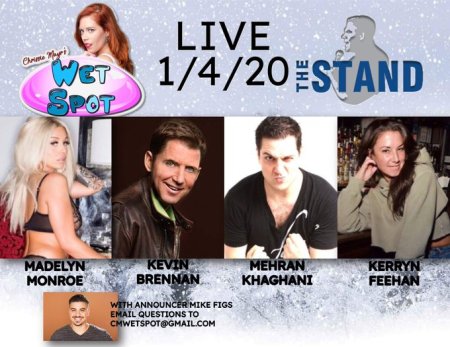 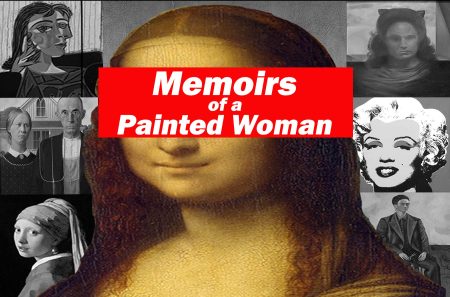 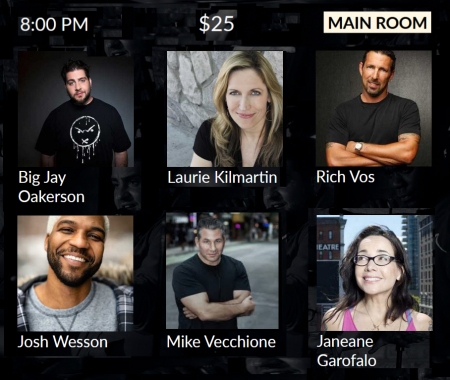 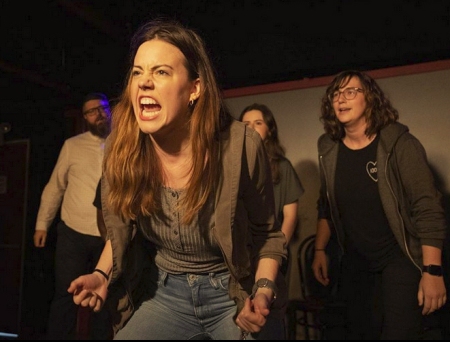 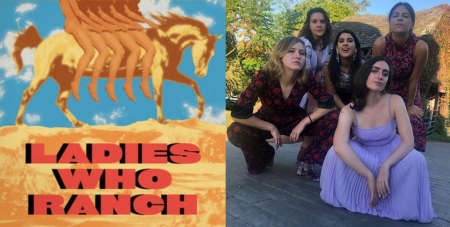 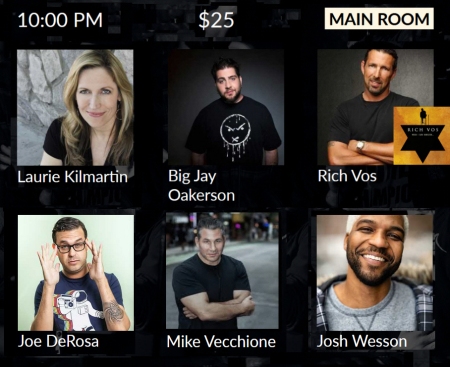 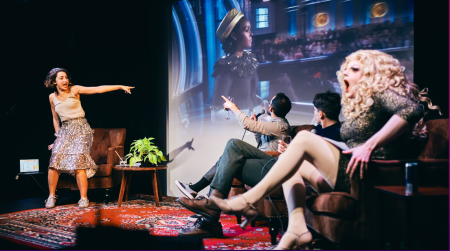 Sunday 1/5: Live screening of The Golden Globes Awards, plus a blend of sketch and improv comedy during commercials, described as follows: “The Golden Globes mark the official start to award season. Join us as we celebrate Hollywood’s favorite dinner party with a live stream of the award ceremony featuring appearances from your favorite stars of screens big and small, live performances during commercial breaks, a play-along drinking game, and your chance to win the Caveat Golden Globes ballot:” I don’t know what’s going on with that woman on the right, by the way, but will just note there’s no guarantee of a comparable experience: Golden Globes Watch Party (7:00 pm, $20, LES’ Caveat at 21-A Clinton Street; take F/J/M/Z subway to Delancey Street/Essex Street) 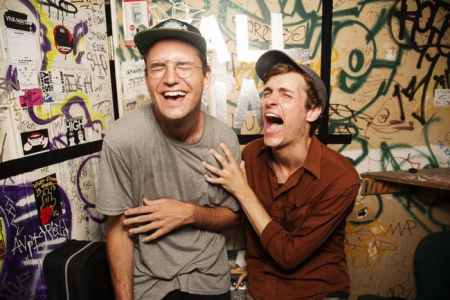 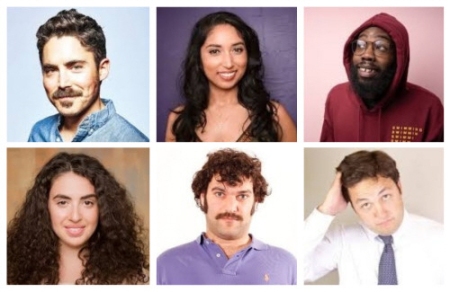 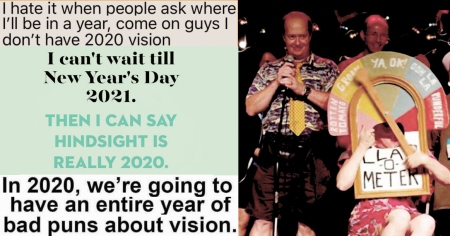 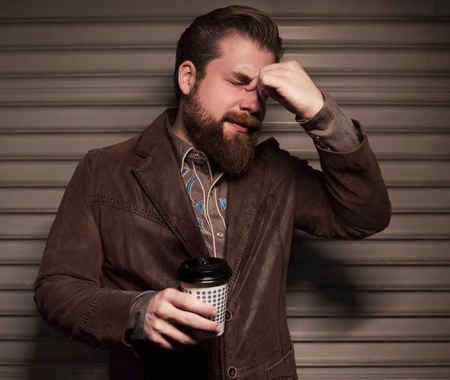 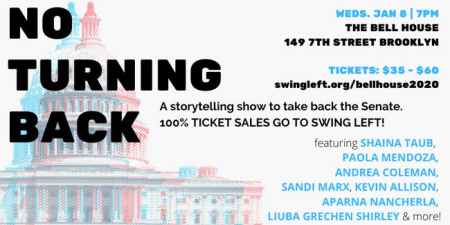 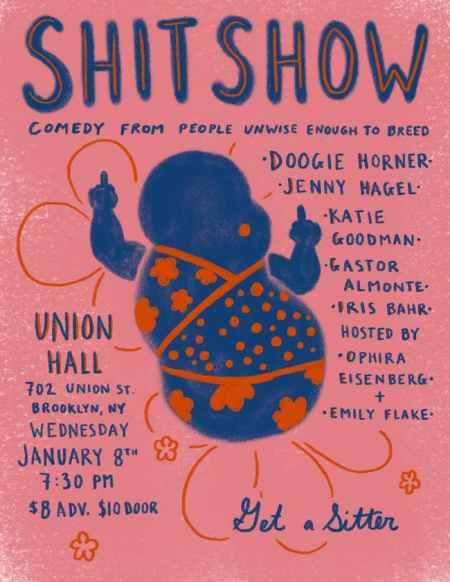 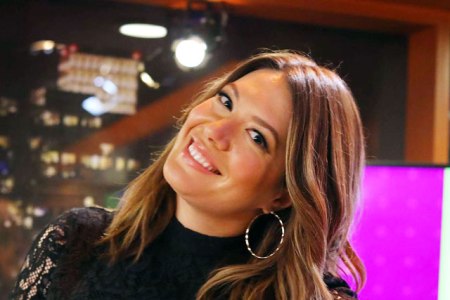 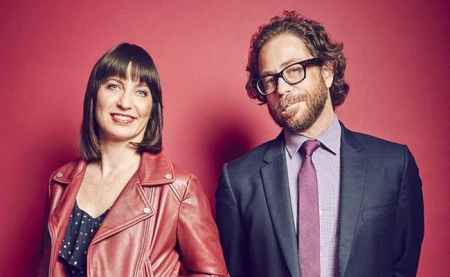 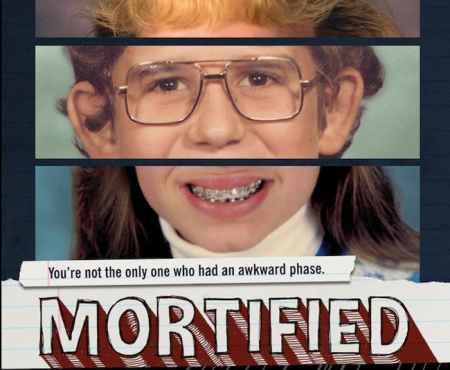 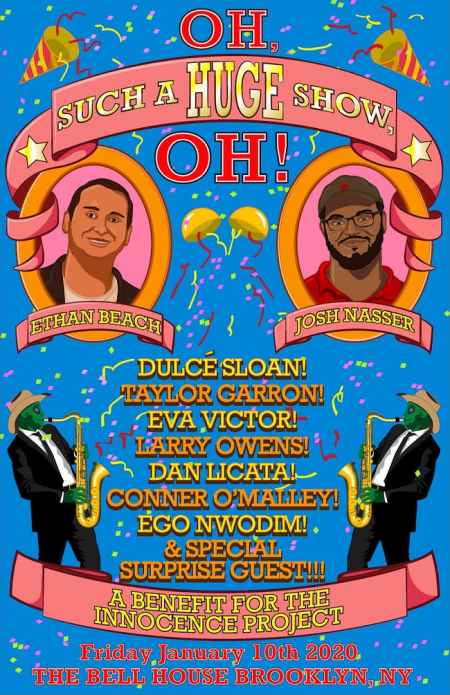 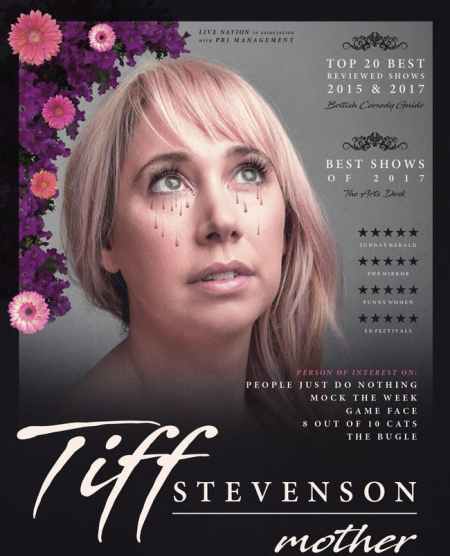 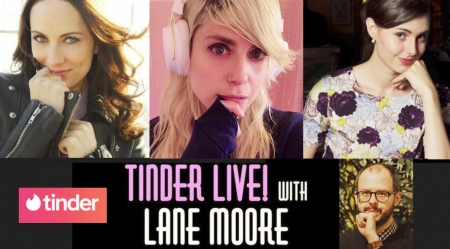 Saturday 1/10: A show celebrating the app that redefined online dating, with the lovely and quick-witted Lane Moore (above middle; author of bestselling book How to Be Alone; HBO’s Girls; Sex & Relationship Editor of Cosmo; writer for The Onion, McSweeney’s) going on a live Tinder safari for guys while a packed audience watches her every choice with fascination. Offering comments and suggestions are Laura Benanti (Tony Award winner for Broadway musical She Loves Me; cast member of TBS’ The Detour; NBC’s The Sound of Music Live, CW’s Supergirl, CBS’ The Good Wife, Showtime’s Nurse Jackie; album Songs From My Fair Lady), and married couple Jennifer Wright (right; political Editor-at-Large for Harper’s Bazaar; The New York Times; author of numerous books including It Ended Badly: Thirteen of the Worst Breakups in History, We Came First: Relationship Advice from Women Who Have Been There, and Killer Fashion: Poisonous Petticoats, Strangulating Scarves, and Other Deadly Garments Throughout History) & Daniel Kibblesmith (left; staff writer since 2015 for Stephen Colbert; The New Yorker, McSweeney’s; writer of such Marvel comic books as Loki and Black Panther vs. Deadpool; author of books How to Win at Everything and Santa’s Husband; former Humor Editor for Buzzfeed): Tinder Live (8:30 pm, $18 at the door or $19.51-$22.76 online; Brooklyn’s Littlefield at 635 Sackett Street)