Monday 1/27: Corinne Fisher & Krystyna Hutchinson (authors of F*CKED: Being Sexually Explorative and Self-Confident in a World That’s Screwed) perform and host an original stage show—i.e., something separate from their wildly popular Guys We Fucked: The Anti Slut-Shaming Podcast, but with the same delicious energy and quick wit: Guys We F*cked LIVE (7:00 pm, $24, LES’ Caveat at 21-A Clinton Street; take F/J/M/Z subway to Delancey Street/Essex Street)

Monday 1/27: Jordan Klepper (star of docuseries Klepper; former star of Comedy Central’s The Opposition and correspondent for The Daily Show) hosts a comedic debate about whether the US should pay reparations, with Kenice Mobley (host of podcast Love About Town, co-host of The Pasta Show), Michael Cruz Kayne (sketches on Seth Meyers and The Chris Gethard Show; HBO’s High Maintenance; former writer for @midnight and Billy on the Street; member of ace musical improv group Baby Wants Candy and UCB Saturday night improv group What I Did For Love; co-host of monthly comedy show The Exhibition), Nelini Stamp (National Organizing Director at the Working Families Party), and Coleman Hughes (undergrad at Columbia University who’s written for The New York Times, The Wall Street Journal, and The National Review): Debate Club: Should the US Pay Reparations? (9:30 pm, $22.20 online or $25 at the door, LES’ Caveat at 21-A Clinton Street; take F/J/M/Z subway to Delancey Street/Essex Street)

Tuesday 1/28: Readings of short humor pieces by sharp writers & comics TBA, plus hosts Brian Angler, Luke Burns, and James Folta (all writers for The New Yorker and McSweeney’s): An Evening of Humorous Readings (7:00 pm—arrive at 6:30 to hang out a bit with the guests, $12, LES’ Caveat at 21-A Clinton Street—take F/J/M/Z subway to Delancey Street/Essex Street) 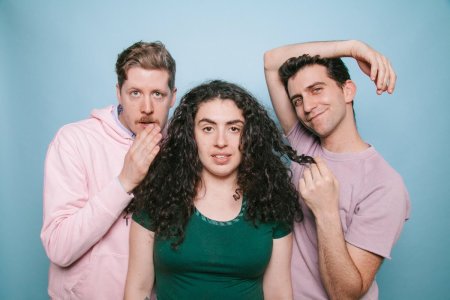 Tuesday 1/28: Jordan Klepper (star of docuseries Klepper; former star of Comedy Central’s The Opposition and correspondent for The Daily Show) hosts a comedic debate about whether the US should pay forgive student loan debt, with Michael Cruz Kayne (sketches on Seth Meyers and The Chris Gethard Show; HBO’s High Maintenance; former writer for @midnight and Billy on the Street; member of ace musical improv group Baby Wants Candy and UCB Saturday night improv group What I Did For Love; co-host of monthly comedy show The Exhibition), Lou Perez (former producer for Impractical Jokers; half of sketch duo Greg and Lou), and more: Debate Club: Should the US Forgive Student Loan Debt? (9:30 pm, $22.20 online or $25 at the door, LES’ Caveat at 21-A Clinton Street; take F/J/M/Z subway to Delancey Street/Essex Street) 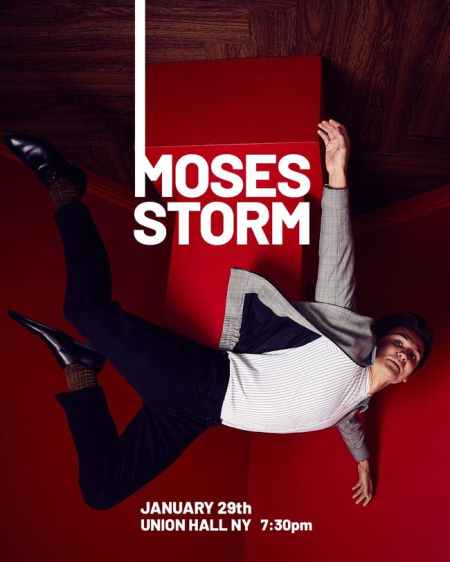 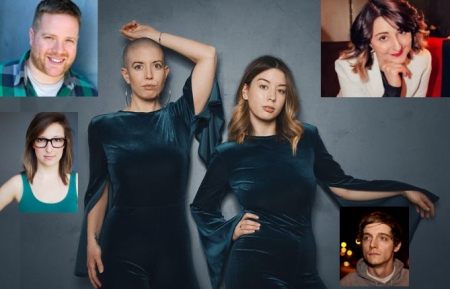 Friday 1/31: Alise Morales (above right; News & Politics Editor of Betches; Reductress, Above Average), Michael Hartney (top left; TV Land’s Throwing Shade, Broadway’s School of Rock; co-host of Characters Welcome), Natasha Vaynblat (left; Comedy Central, IFC, Funny or Die, McSweeney’s, Reductress; ace improv group What I Did For Love), and John Trowbridge (Huffington Post videos; co-founder of BOOGIEMANJA) perform comedy for hosts Amanda Giobbi & Ariel Gitlin (middle), who ask you to “join us as we welcome some people we love to do some comedy they love and that we think you’ll love too:” We Love You: A Fucking Positive Comedy Show (7:30 pm, $10, Brooklyn’s Union Hall at 702 Union Street; take R subway to Union Street)