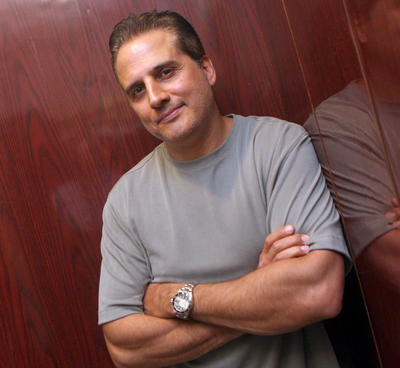 [TOP PICK] 4:00 pm ($28 online using discount code TMANIA): UK-based Daniel Kitson is one of the sharpest and most respected writer/performers alive. This is a rare opportunity to spend an intimate 90 minutes with a true genius of comedy. Please note this is a sprawling, detail-packed theatrical show, not stand-up…and not for every taste. But whether you’re ultimately grabbed by the story or not, it’s worth experiencing if only for Daniel’s lightning-quick flashes of humor. For example, at the performance I attended a woman sitting in the front row had the incredible gall to start reading. Daniel sweetly responded, “Ooh, that’s a subtle yet effective form of criticism. I’m certainly not cross with you, just too nosy about what you’re reading to plow on. Look, you’re still reading. What a lack of faith you have in live entertainment.” Place your faith in Daniel, check out write-ups in The New York Times by clicking here and here, and catch this show running every day except Mondays through January 30th at Brooklyn’s St. Ann’s Warehouse (38 Water Street): The Interminable Suicide of Gregory Church

6:30 pm ($5): A new show auditioning at The Magnet with no posted description but a fun title that one hopes will be lived up to: Citizen Models

[TOP PICK] 8:00 pm ($5): Physicist turned storyteller Ben Lillie debuts a one-man show in which he observes “Understanding people: hard. Understanding physics: easy. Let’s navigate the world of dating with an eye to the fundamental structure of the universe;” plus an original longform improvisation from troupe Flophouse “that starts with the cast confessing real sins and continues with the ensemble exploring these moral crimes on their way to salvation,” in the double-bill Ben Lillie: Elliptical Orbits and Flophouse: The Confessional

[TOP PICK] [$] [DISCOUNTED] 10:00 pm ($12 [vs. $20] at the box office by mentioning discount code FBTJD7): Chicago-based TJ Jagodowski and Dave Pasquesi are a widely acclaimed improv duo. This is the next-to-last evening of their four-night run at The Barrow Street Theatre: TJ & Dave

This entry was posted on Sunday, January 23rd, 2011 at 5:04 am and is filed under Best New York Live Comedy Shows. You can follow any responses to this entry through the RSS 2.0 feed. You can leave a response, or trackback from your own site.